Remembering a visit to EPCOT from back in October 2016.

A sampling of photos from wandering around Disney World’s EPCOT for the day. 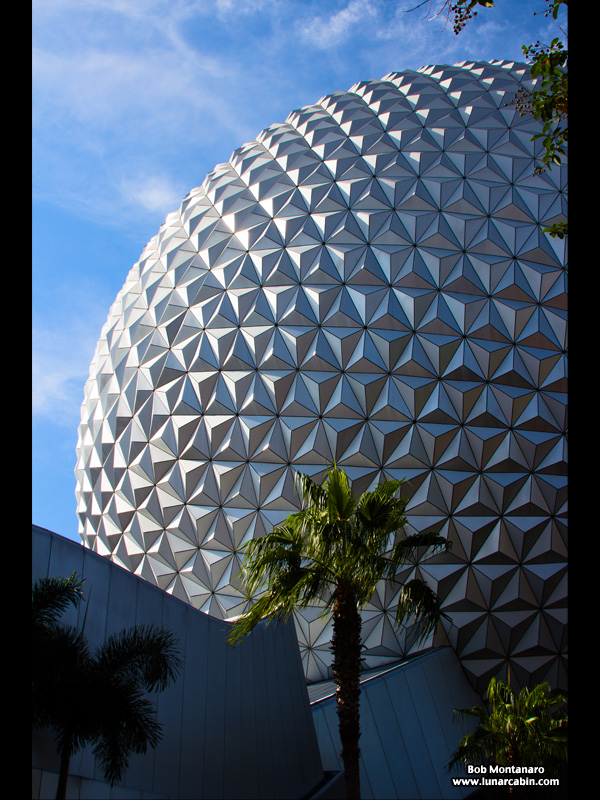 Scenes from the first Space Shuttle launch and possible futures for the program are highlighting in the Robert McCall painting, Reach for the Stars, on display in The American Adventure.

The Voices of Liberty a cappella group perform in the rotunda of The American Adventure to entertain guests waiting to enter the auditorium.

Scenes from The American Adventure program featuring animatronic characters reliving real and imagined events from United States history. From left to right starting at top: Benjamin Franklin and Samuel Clemens (Mark Twain), Thomas Jefferson and Ben Franklin, Civil War photographer Matthew Brady, Theodore Roosevelt and John Muir, Franklin and Twain again, this time on the torch of the Statue of Liberty, a Depression-era scene, and complaints about the treatment of Native Americans to balance out the program a bit. 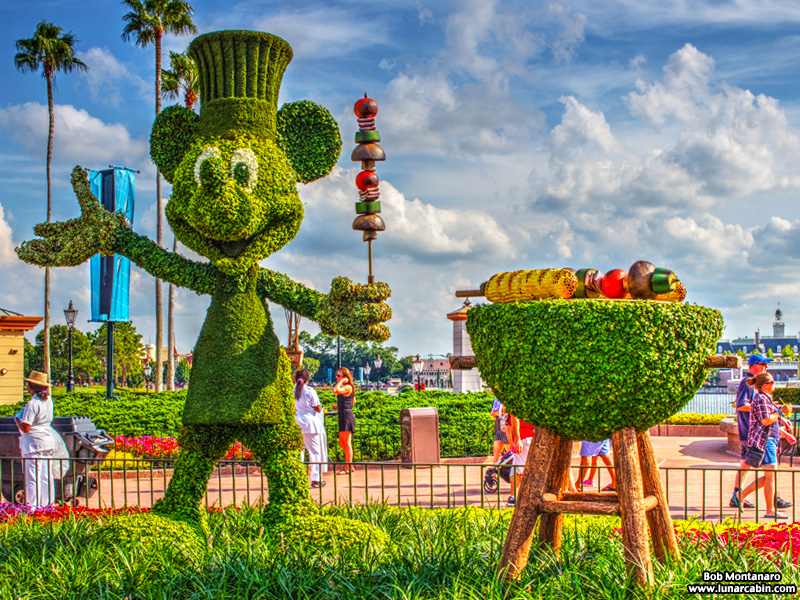 A topiary Mickey Mouse advertises the EPCOT International Food & Wine Festival going on during the visit. 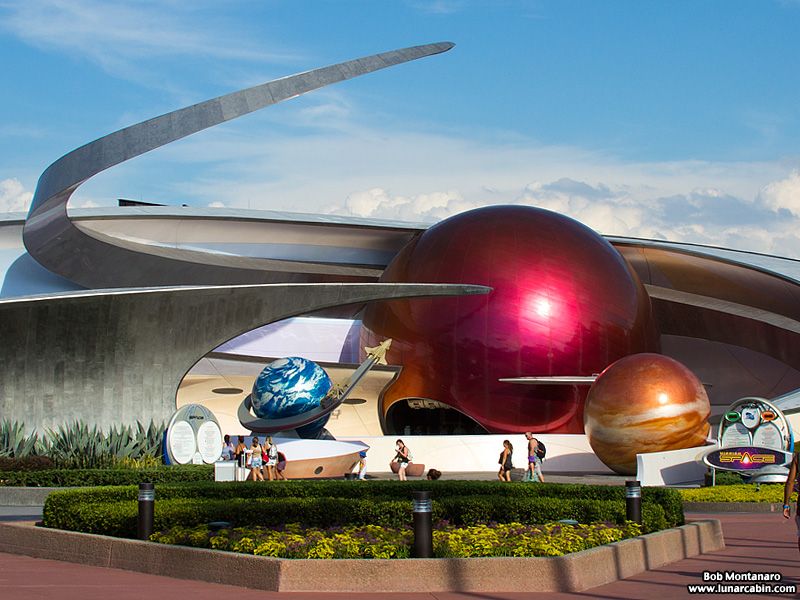 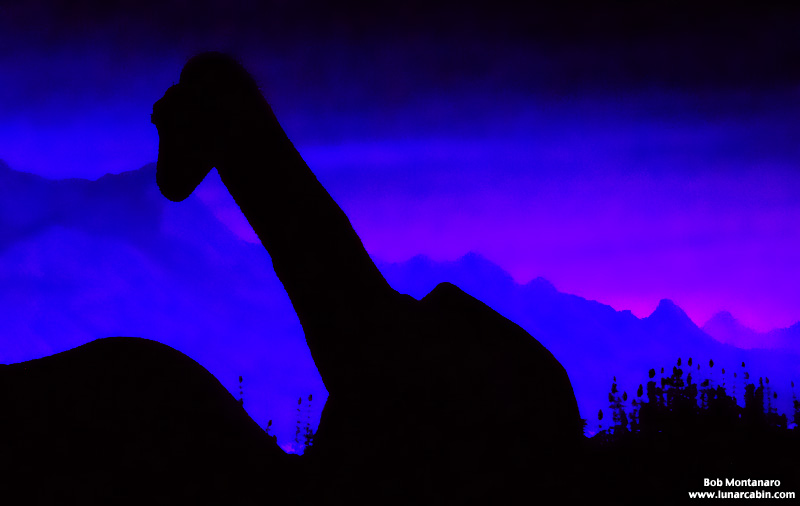 A dinosaur from the Universe of Energy exhibit in Future World. 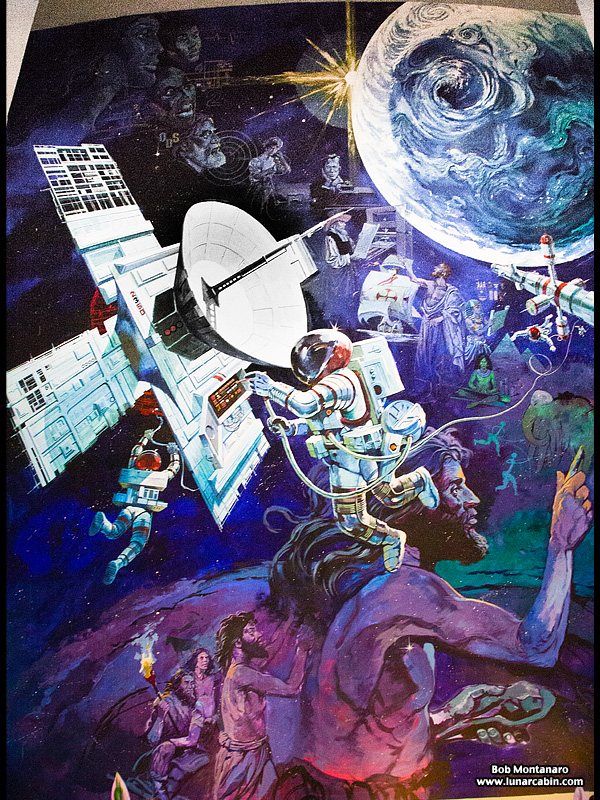 The mural highlighting advances in communication at the entrance to Spaceship Earth.

Animatronic historical scenes of human innovation and communication in Spaceship Earth include some of the following from left to right: Ancient Egypt, Ancient Rome, Ancient Greece, Islamic Golden Age, mainframe computer, and an early radio studio. 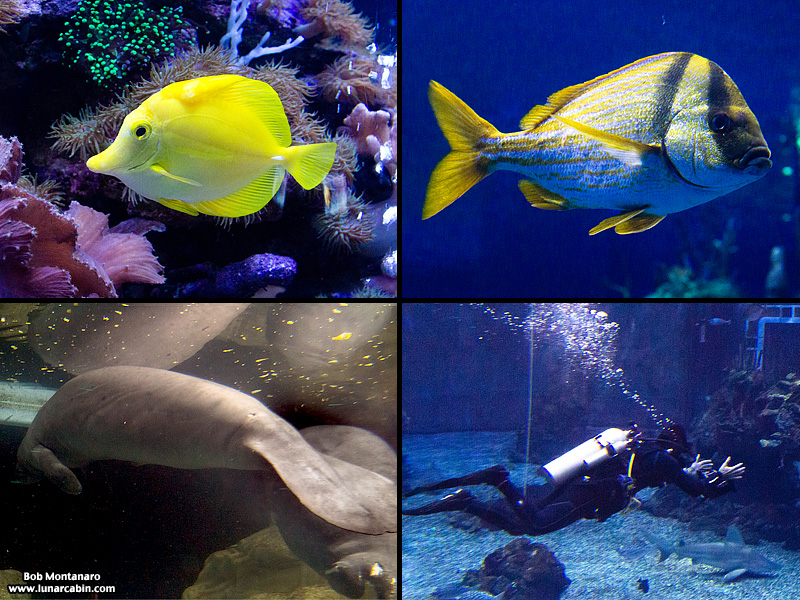 Fish, Manatees, and a scuba diver in The Seas exhibit at Future World. 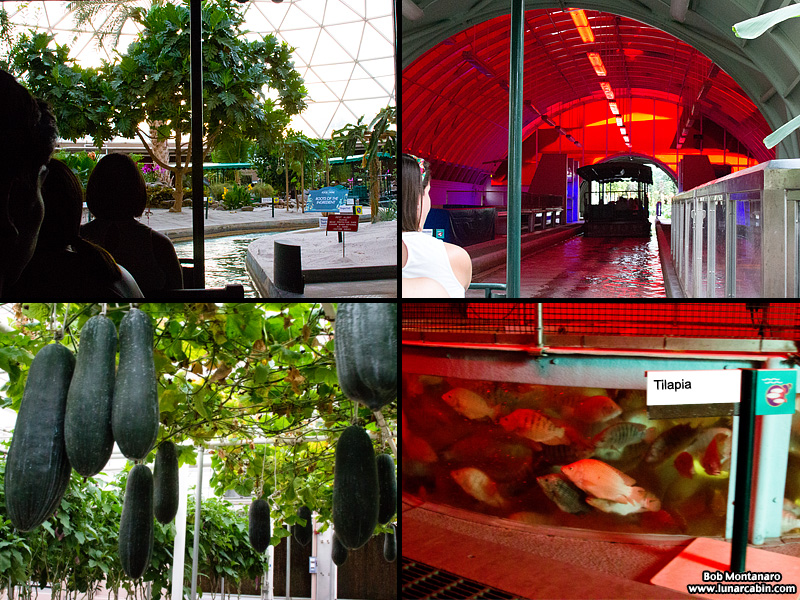 Riding along on the boat through the Living with the Land exhibit at Future World: the green houses where large winter melons are grown along with a lot of other fruits and vegetables and a red tunnel where Tilapia and shrimp are grown. Much of the food produced in the Living with the Land exhibit supplies the restaurants throughout EPCOT and Disney World.

The Canada Pavilion at World Showcase. 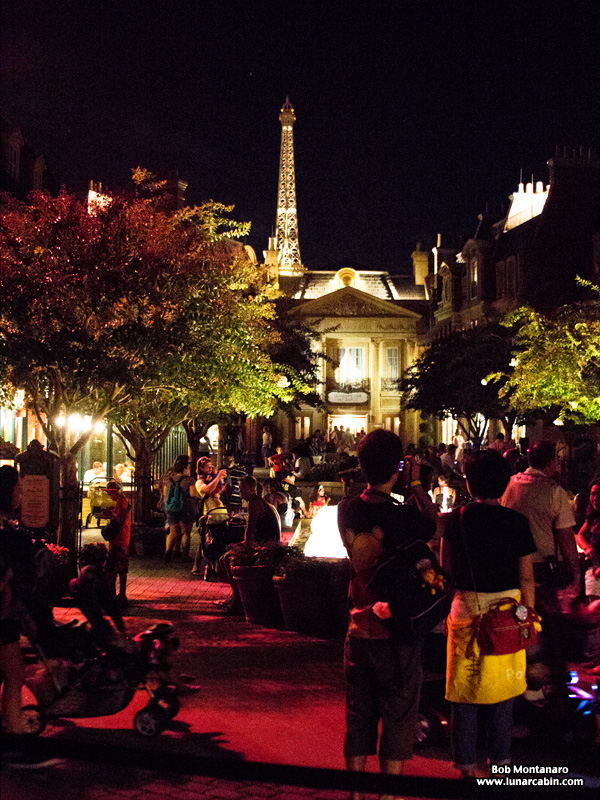 The France Pavilion at World Showcase. 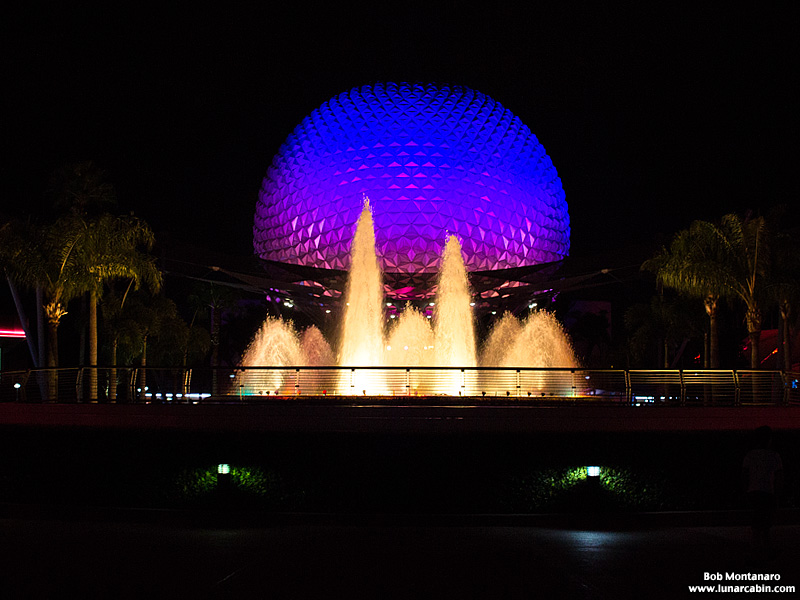