REWIND: A Battle of Wills

Remembering a battle of wills between a Blue Jay and a Red-tailed Hawk during the bird count at the Indian River Club back in June 2014. 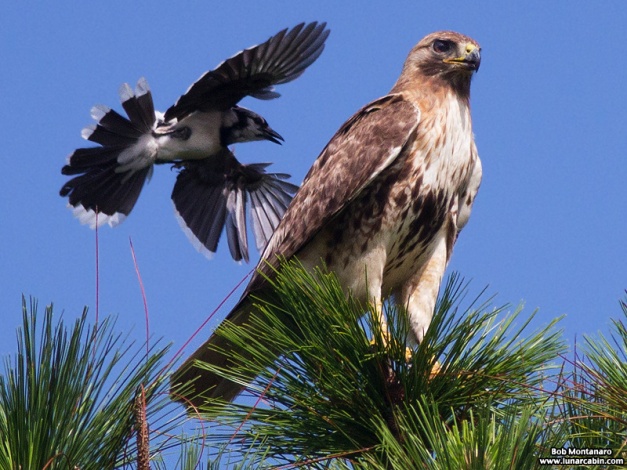 Here are five images of a Blue Jay’s futile attempts to dislodge a Red-tailed Hawk from atop a pine tree at the Indian River Club. The Hawk eventually left on his own long after the Blue Jay gave up and moved on. 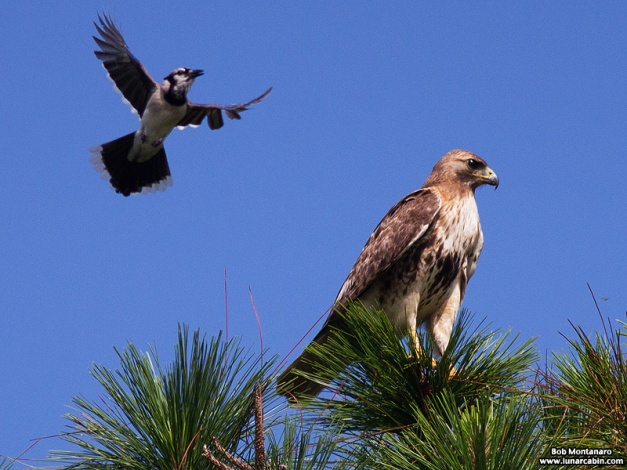