Launch Complex 17 at Cape Canaveral Air Force Station was built for the Air Force’s THOR Intermediate Range Ballistic Missile (IRBM) research and development in 1956, and it was used by the Air Force and NASA to support DELTA launch operations until 10 September 2011. According to Brigadier General Wayne Monteith, 45th Space Wing Commander, “The towers were workhorses in their day, supporting 325 launches between 1957 and 2011. For many, this launch complex bridged the Space Age from the early days to the era of large boosters.” The complex consisted of two virtually identical launch pads, Pad 17A and Pad 17B. On 12 July 2018 the two launch pads were demolished in a controlled explosion to make way for a commercial space company, Moon Express, to use the area for its own ventures. This post will look at some of the history of LC-17 while the next two will focus on the demolition. 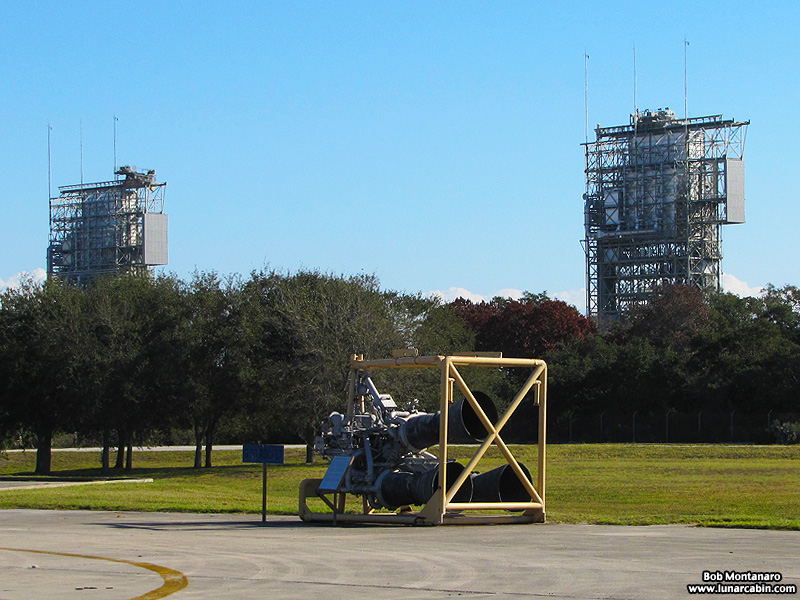 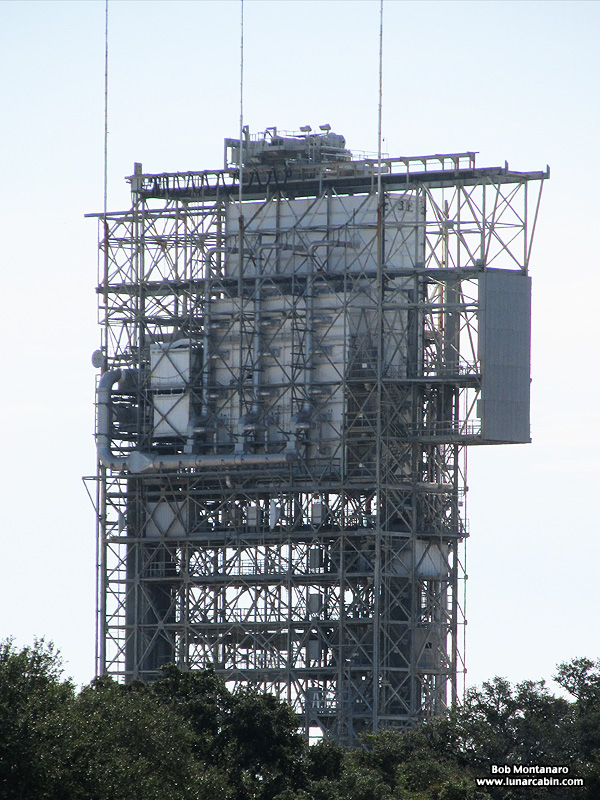 A closer view of one of the mobile service towers. 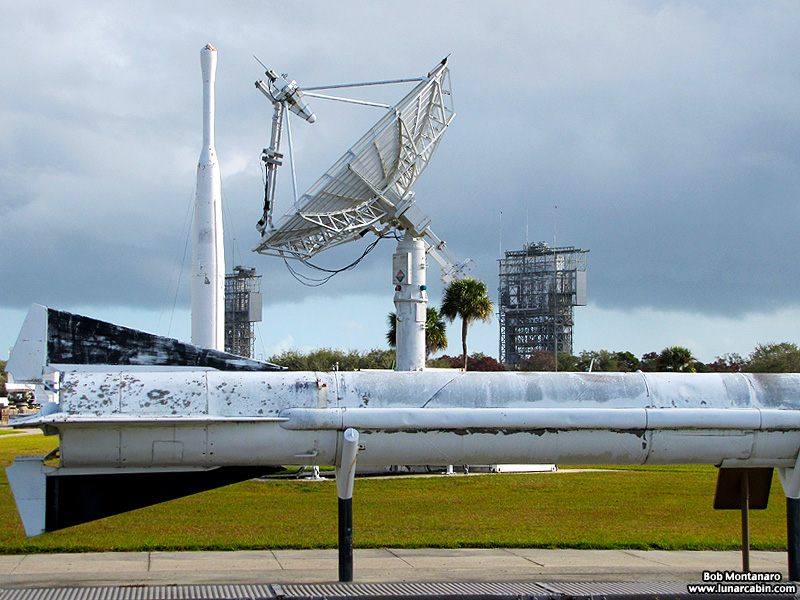 A more distant view of the mobile service towers with some of the outdoor exhibits at the Air Force Space & Missile Museum. 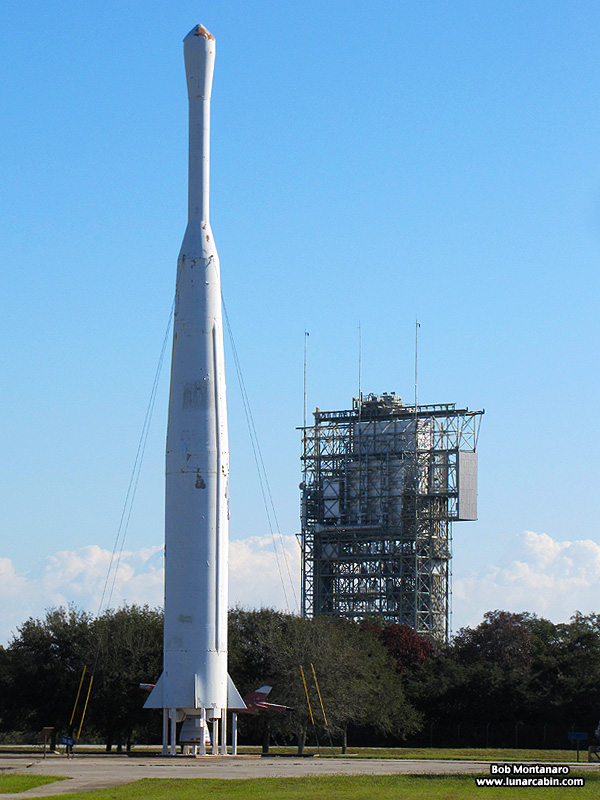 The Thor Able in the Air Force Space & Missile Museum rocket garden with a Launch Complex 17 mobile service tower in the background. According to the Museum: “Introduced in 1958, Thor Able was the first variant of the Thor Intermediate Range Ballistic Missile (IRBM) to be used as a space launch vehicle. Originally designed to support testing of military and civilian high-speed re-entry vehicles, Thor Able was modified to carry small payloads into space. Commercial Thor-based rockets were renamed Delta in 1960, so Thor Able represents the first generation of the Delta rocket family. Indeed, the modern Delta II and Delta III were direct descendants of the Thor Able.” 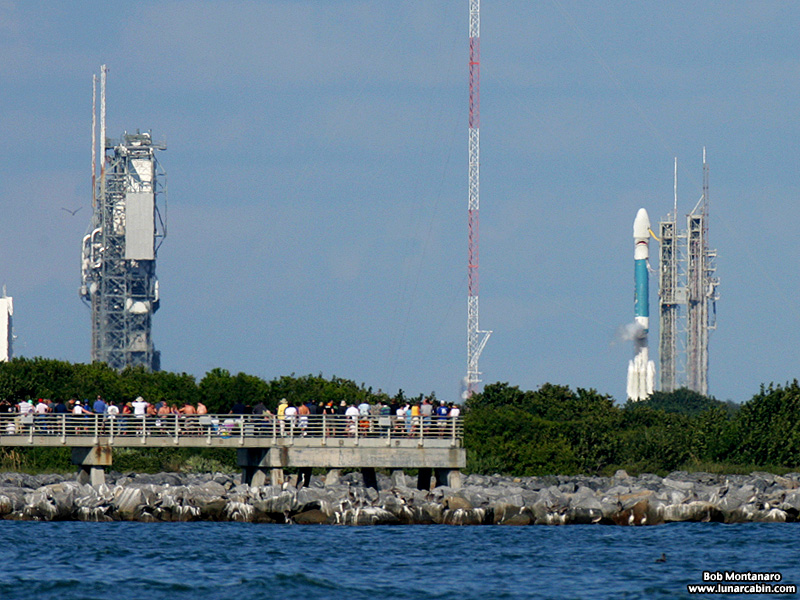 A view of Launch Complex 17 on 20 December 2007 shows a Delta II rocket on the pad ready to launch Global Positioning Satellite (GPS) 2R-18 into orbit. Note the mobile service towers have been rolled back away from the Delta II rocket and the fixed service structures. 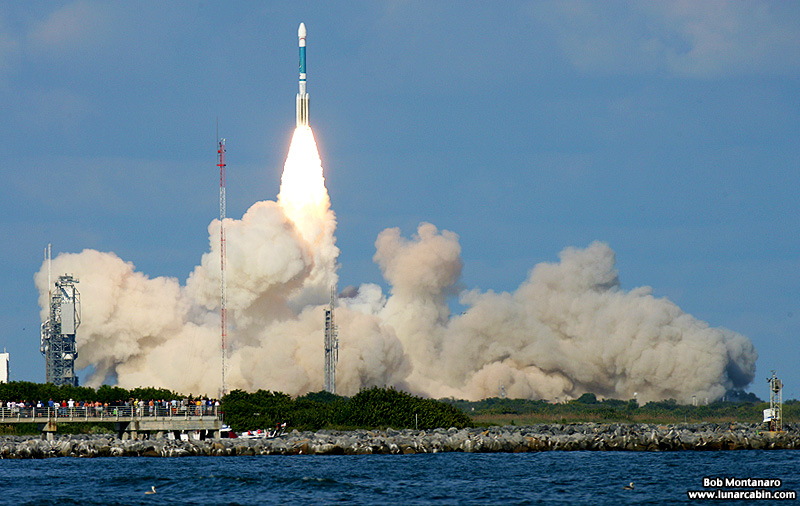 Launch of GPS 2R-18. Click to learn more about this launch. 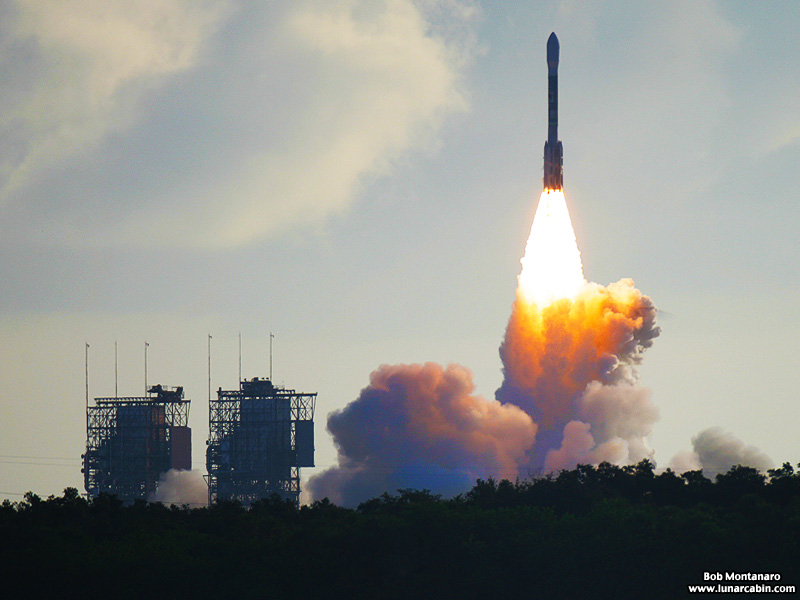 A different angle shows the mobile service towers while a Delta II rocket lifts off on 25 September 2009 carrying the Space Tracking and Surveillance System (STSS) demonstration satellites into orbit. Click to learn more about this launch. 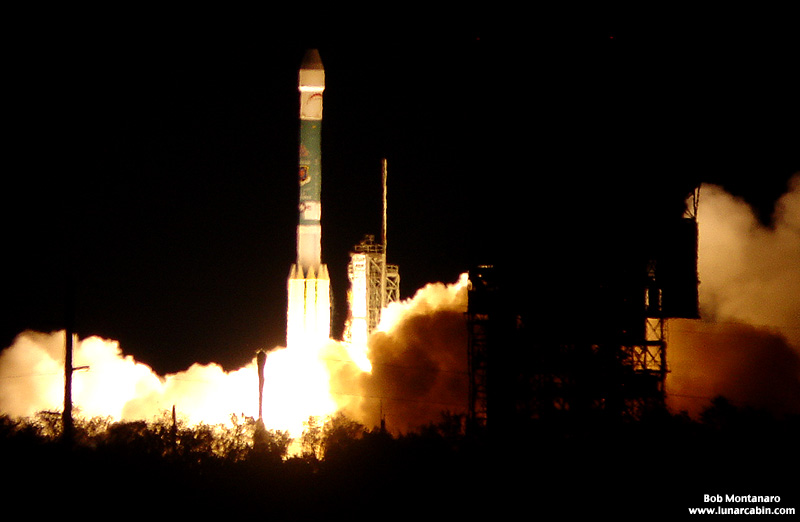 A night launch from Launch Complex 17 as a Delta II rocket lights up the sky on 21 December 2003 carrying GPS 2R-10 into orbit. Click to learn more about this launch. 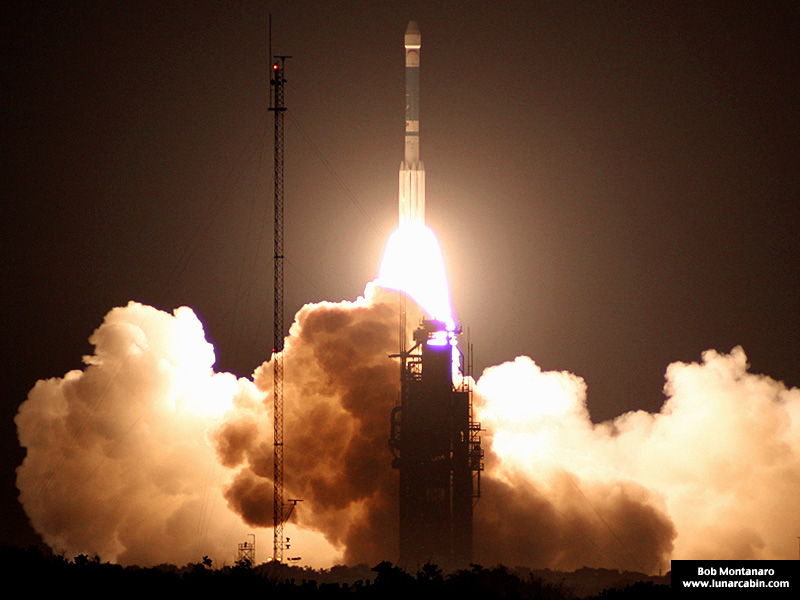 Another night launch, this time of a Delta II carrying GPS 2R-14 blasting off from LC-17 on 25 September 2005. Click to learn more about this launch.

A hazy view of the twin mobile service towers at LC-17 with the Cape Canaveral lighthouse in the distance. 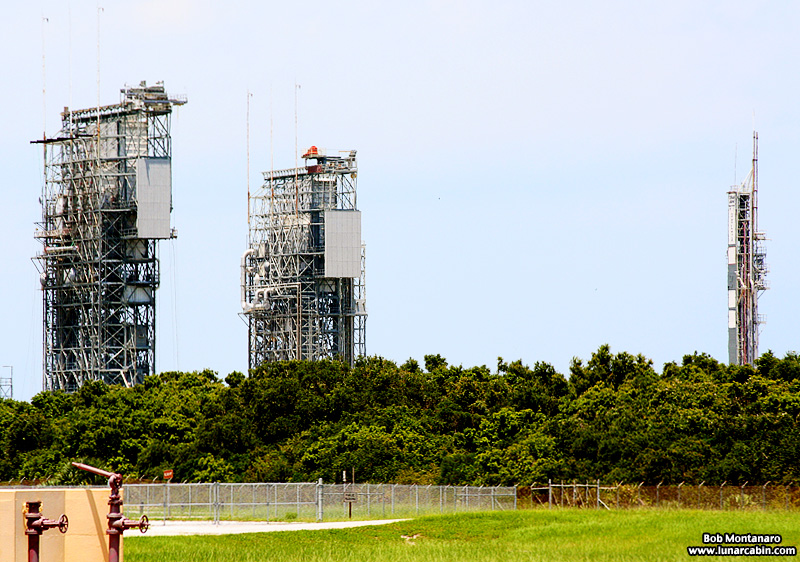 A Delta II rocket is being assembled on the launch pad at center. 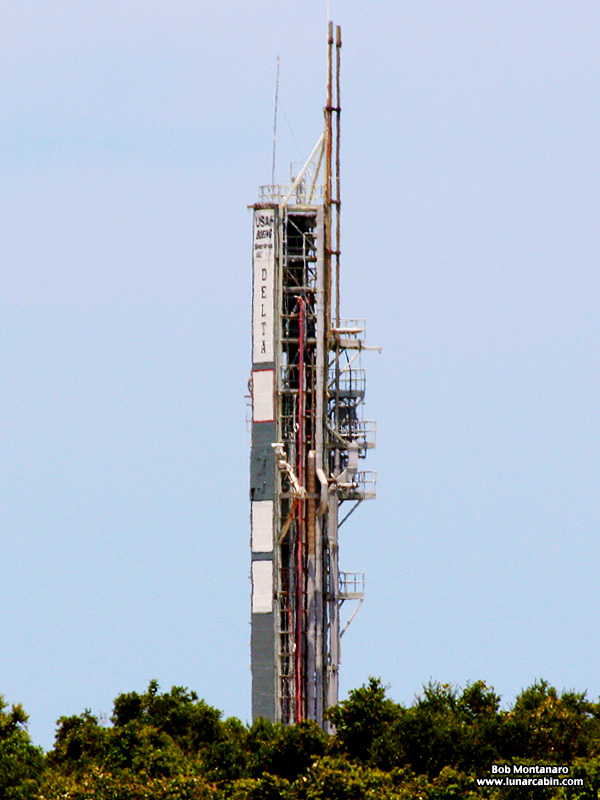 A close view of one of the fixed service structures with its intricate plumbing that connects umbilicals to feed fuel and other consumables into a Delta rocket when it is on the launch pad. 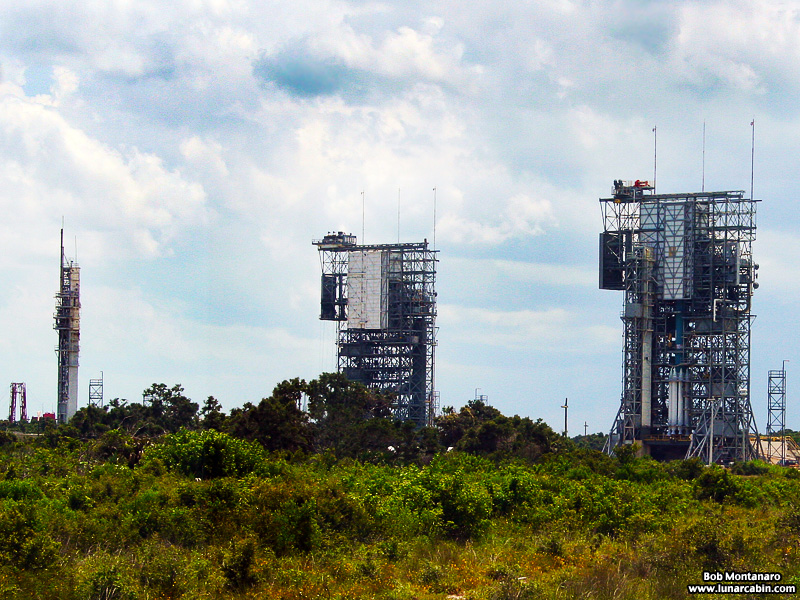