Remembering a launch delay due to a technical problem way back on 6 January 2015. Coincidently, SpaceX is attempting to launch a batch of Starlink satellites seven years later on 6 January 2022. Time will tell if they launch on the anniversary of CRS-5’s delay. Stay tuned . . . 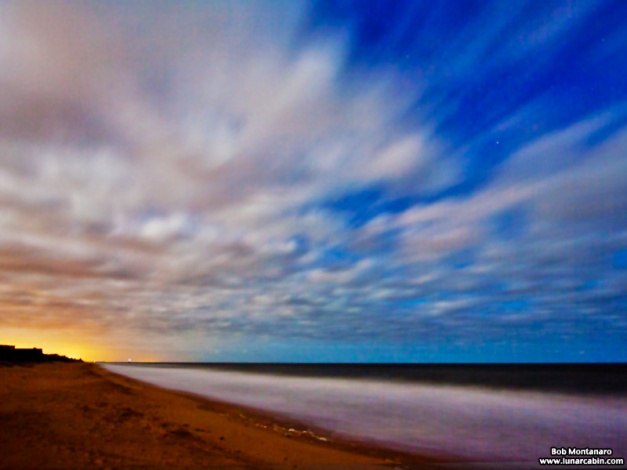 Anyone who has suffered the pain of actuator drift in one’s second stage thrust vector control system will commiserate with NASA for having to delay, yet again, the fifth SpaceX Commercial Resupply (CRS) mission to the International Space Station. The rather temperamental Falcon 9 rocket gave trouble in December during its static test firing delaying the launch into the new year, and now it is going to be grounded a bit longer. Actually, the grounding should allow for the skies to clear later in the week as opposed to the rather cloudy firmament observed this morning on the beach looking north toward Cape Canaveral at the expected launch time of 6:20 a.m. in this long time exposure taken under the light of a full Moon.