The big Lunar Eclipse of November 2021 was completely clouded out at my location so rewind back to January 2019 for a more weather cooperative lunar eclipse.

When I was growing up the Moon was just called the Moon. Boy, was I wrong! Quick to boil up the minutiae on everything and anything, the Internet taught me via The Old Farmer’s Almanac web site that January’s full Moon is called the Full Wolf Moon because Native American astronomers gave names to each full Moon of the year descriptive of that particular time of year. So along with being the first full Moon of 2019, the aptly named Full Wolf Moon slipped through Earth’s shadow giving us resident Earthlings an excellent view of a total lunar eclipse on the night of 20 January 2019 and into the early morning hours of the 21st. And although these photos were taken in Florida, it seemed more like the Full Snow Moon of February because of the cold.

The shadow of the Earth begins to move across the Moon.

At the height of the eclipse around midnight the Moon turned a dark, reddish color, its light waning almost completely as it transited through the deepest part of Earth’s shadow. Off to the west in the cow pastures came the sudden sound of coyotes yipping and howling at this bloody apparition in the sky. 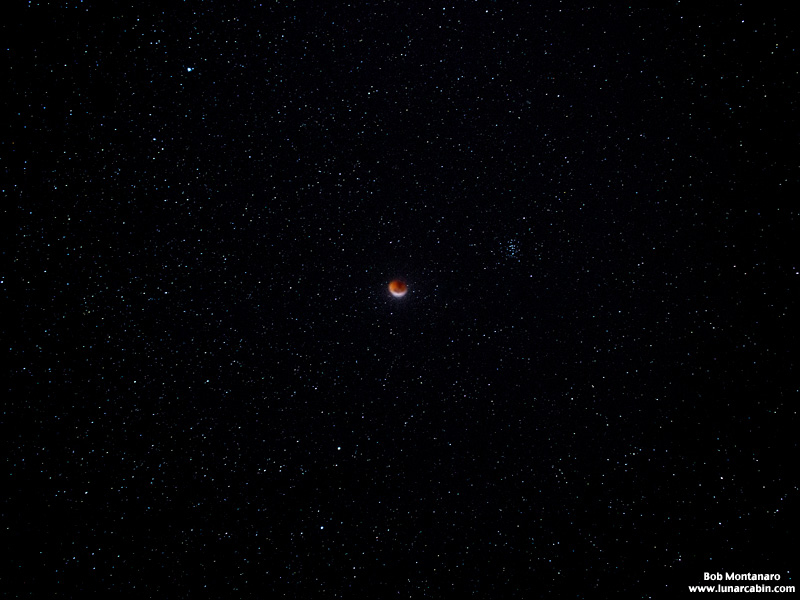 I was thrilled that the eclipse gave some publicity to the surrounding constellation of Cancer the Crab. In this wide-angle long exposure taken at the midpoint of the eclipse the stars of Cancer the Crab popped into view as the light of the Moon dimmed to almost nothing. The Messier object M44, popularly known as the Beehive Cluster, is visible just to the right and a little ways up from the Moon in this image. M44 is an open cluster of stars that most likely formed together as a group. According to Wikipedia, “Classical astronomer Ptolemy described it as [the] ’nebulous mass in the breast of Cancer’, and it was among the first objects that Galileo studied with his telescope.”

A sliver of the Moon appears as it begins to move out of Earth’s shadow. 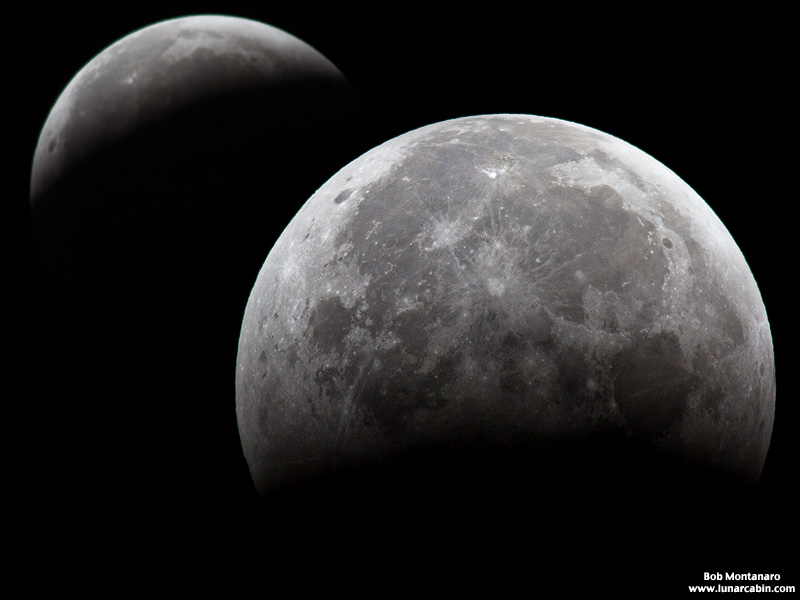 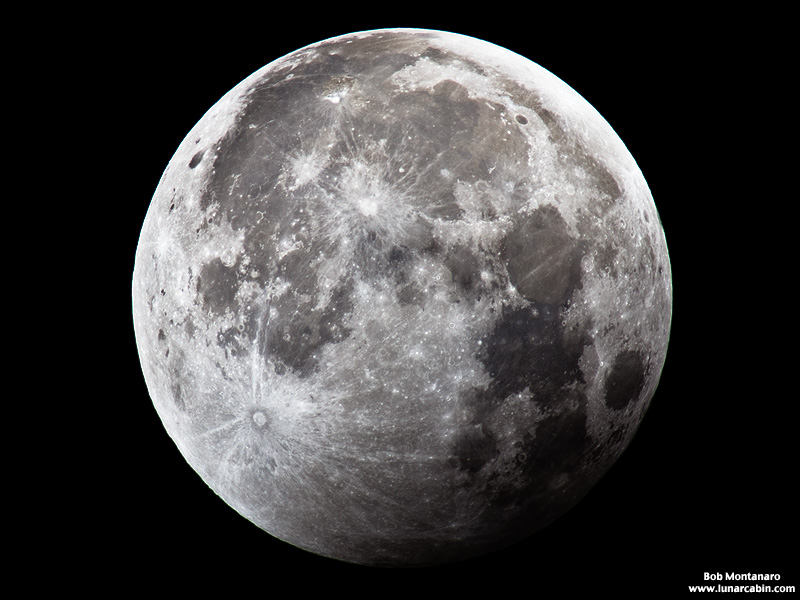 The Wolf has almost released the Moon, which is still showing just a little bit of Earth’s shadow in the lower right hand corner. While I would like to have gotten a photo of the Full Wolf Moon back in all its glory, the near freezing temperatures and the lateness of the hour hastened me to my warm bed.