A recent post by the National Air and Space Museum about this week marking the debut of “Star Trek” (The Original Series) in 1966 reminded me of my visits to the Smithsonian Institution in Washington, DC where I was able to photograph the actual model of the U.S.S. Enterprise that was used in the original TV series. The photos are from my second visit to see the model a couple of years ago, which is quite large at eleven feet long. The first time I saw the model was in college when the Museum had it hanging high up in a hallway in what seemed like an afterthought of an exhibit just to have it on display somewhere. Now it sits in a glass case that allows for excellent viewing from most angles but the placement of it is rather bizarre. One finds it incongruously placed squarely in the middle of the gift shop – again like an afterthought of an exhibit that they did not know what to do with. Now the Smithsonian has announced the model will be removed from view until 2016 when it will be back on display as part of the “Boeing Milestones of Flight Hall”. One sincerely hopes it will be placed on display with a little more decorum than in the past. The U.S.S. Enterprise may just be a pop culture icon rather than a real spaceship, but it has sparked the imagination of millions and continues to inspire those leading the way into space today. It would be the logical thing to do. 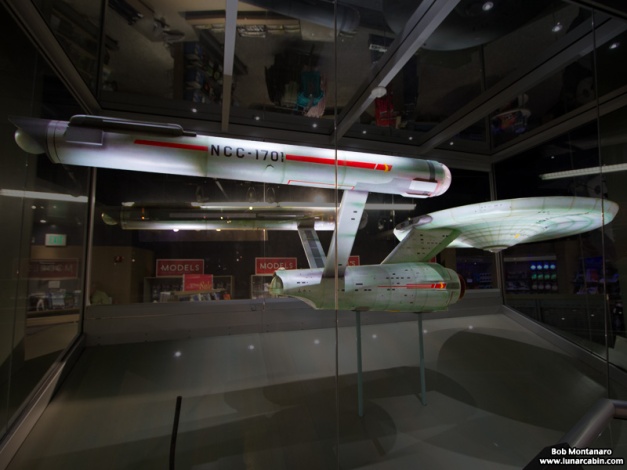 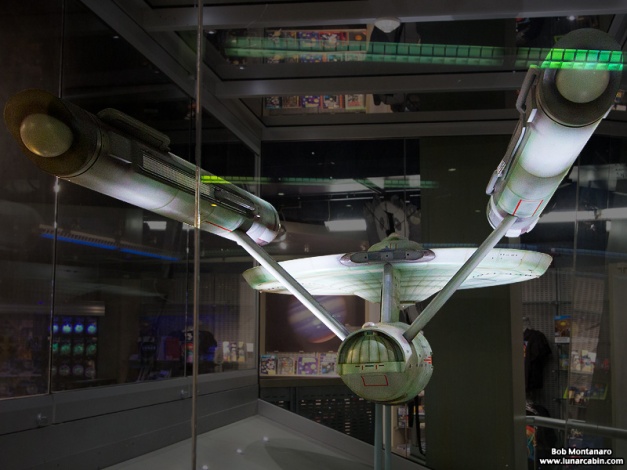 See more images from this visit to the NASM at http://www.lunarcabin.com/Shuttle/end_of_shuttle_program_21.html