A look back at a post from 2013. Still don’t see these spiders around as much as I used to.

The dramatic size difference between the two sexes is evident in this photo. The female Golden Silk Spider is gigantic compared with the male seen above her.

The male moves freely around the web. Here the female dines on some sort of insect while her mate can be seen partially hidden behind her.

A better shot of the male dwarfed by his mate. He has giant headlight-like eyes staring forward divided by a white patch. 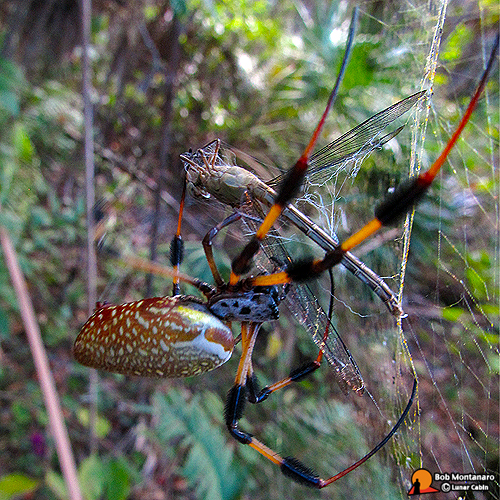 A photo from a few days ago shows the female subduing a dragonfly that got caught in the web.