Books on a Shelf 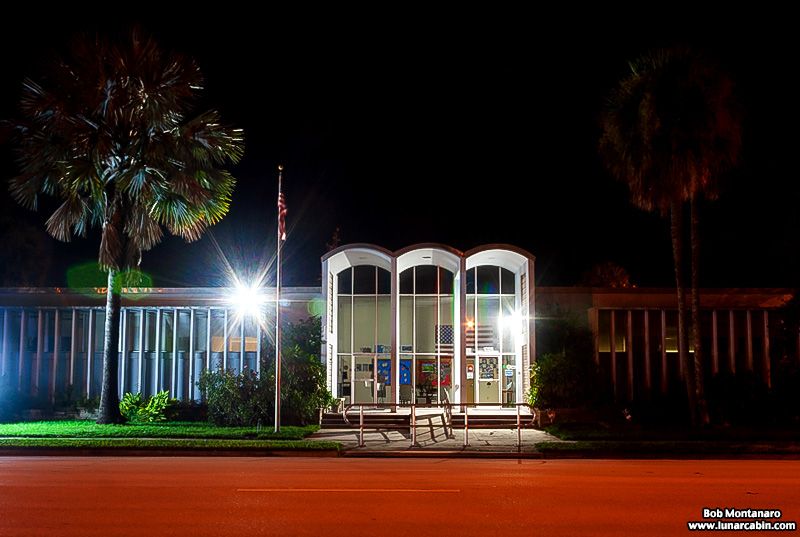 The old library in Vero Beach, a modest example of classic mid-20th Century architecture. Built in 1962, the building’s facade is meant to look like books on a shelf. The building has undergone extensive modifications over the years after its role as a library ended. The most obvious is the giant wall built just inside the entrance. As a library, one simply walked into a large, cavernous space filled with books. Now one is confronted with an enclosed entrance space as the building is forced to accept yet another new function, in this case, housing Youth Guidance for Indian River County.