From Antarctica to Port Canaveral 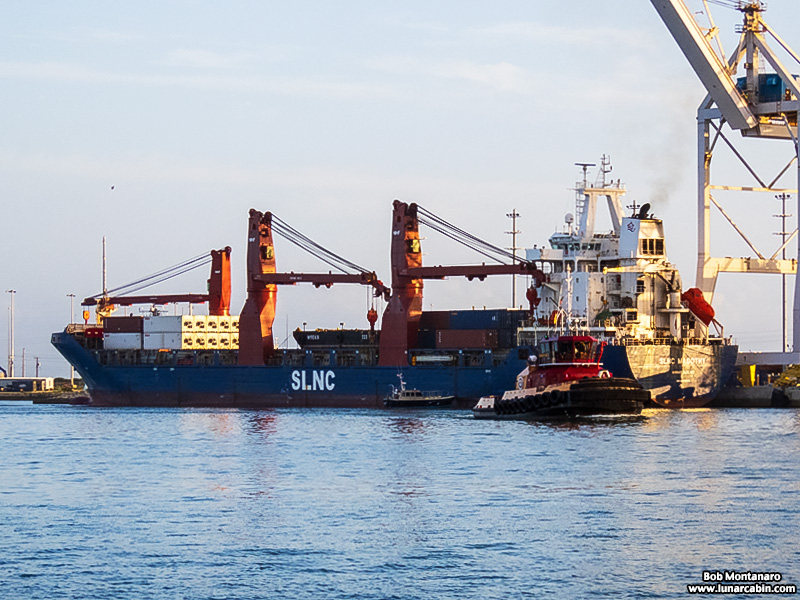 The SLNC (Schuyler Line Navigation Company) Magothy general cargo ship is seen docked at Port Canaveral during the Starlink 11 Falcon 9 booster recovery. The Magothy was recently chartered by the U.S. Navy’s Military Sealift Command and ran cargo to McMurdo Station along the coast of Antarctica as part of Operation Deep Freeze at the beginning of 2020. Its mission for the U.S. Military must not be over since the Magothy’s next port of call after Port Canaveral is Guantanamo Bay, Cuba. 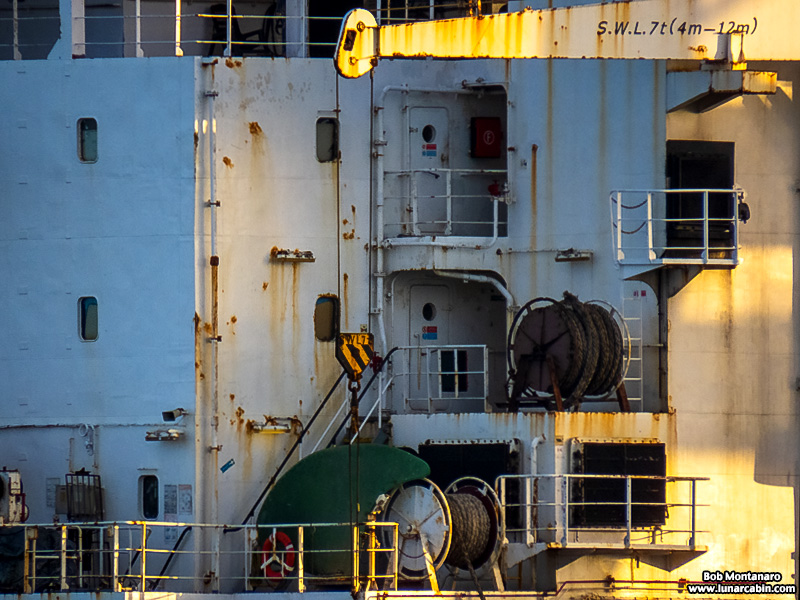 The ship is ten years old but its hard traveling life is making it show its age. 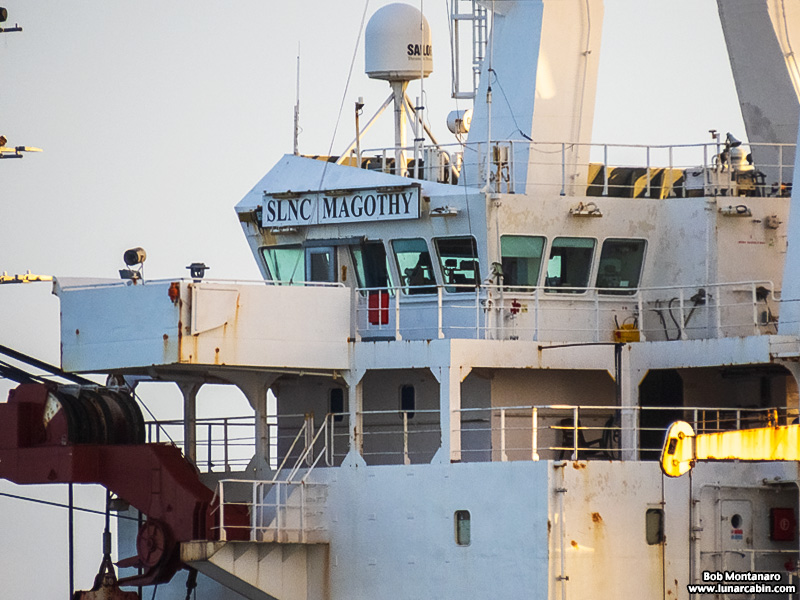 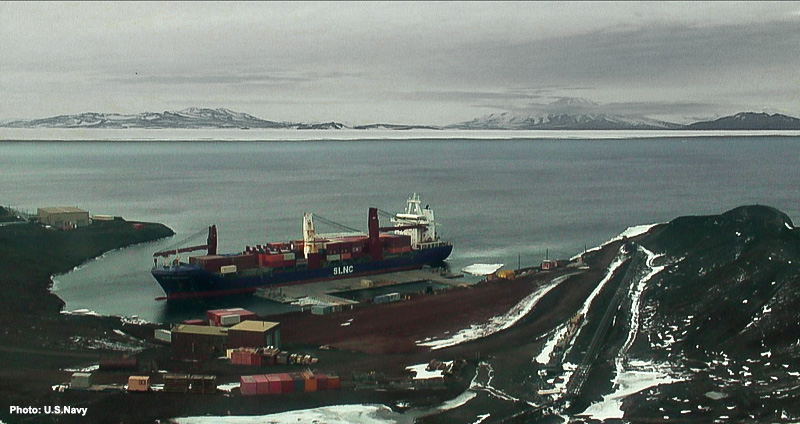