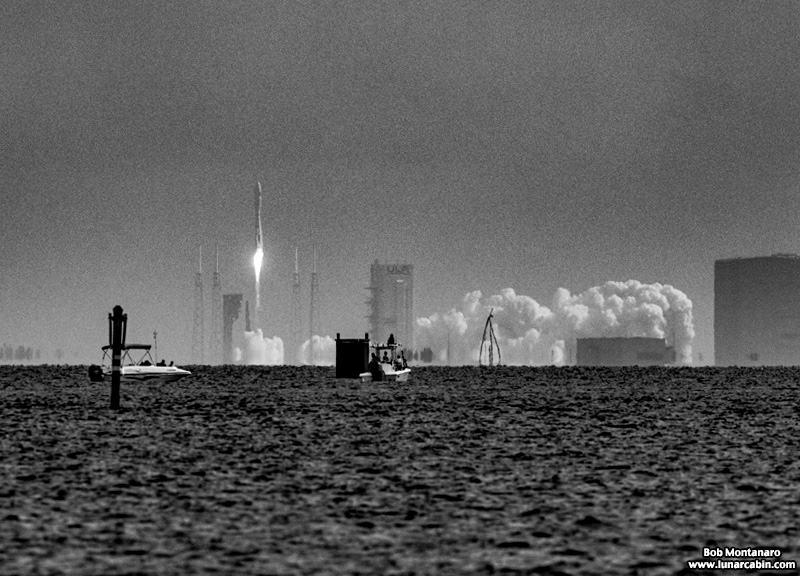 A United Launch Alliance (ULA) Atlas V 501 rocket launched the United States Space Force-7 (USSF-7) mission carrying the sixth flight of an X-37B Orbital Test Vehicle, OTV-6, a space plane similar to the Space Shuttle but much smaller that can land on a runway. Liftoff occurred from Space Launch Complex-41 at Cape Canaveral Air Force Station at 9:14 a.m. on 17 May 2020. Of note, thick fog obscured the launch to the point where it was almost not visible.

From the ULA USSF-7 Press Release:

The Department of the Air Force Rapid Capabilities Office continues to push the flight envelope for the X-37B and will build upon its growing collaboration with experiment partners with its sixth mission.
The mission will also deploy FalconSat-8, a small satellite developed by the Air Force Academy and sponsored by the Air Force Research Laboratory to conduct several experiments on orbit. The mission also carries two NASA experiments to study the results of radiation and other space effects on a materials sample plate and seeds used to grow food. Another experiment provided by the Naval Research Laboratory will transform solar power into radio frequency microwave energy which could then be transferred to the ground.