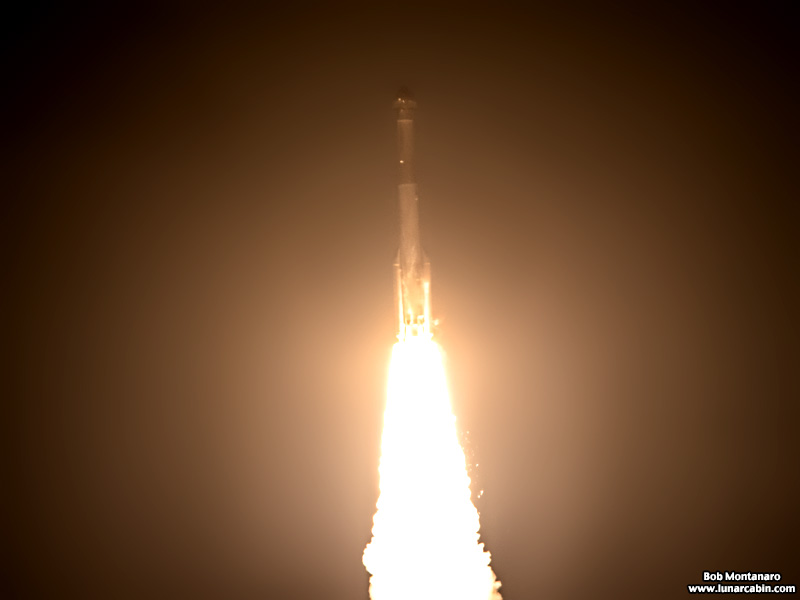 The predawn sky is lit by the fiery passage of a United Launch Alliance Atlas V rocket launching Boeing’s CST-100 Starliner spacecraft into orbit on its Orbital Flight Test mission at 6:36 a.m. on 20 December 2019 from Space Launch Complex 41 at Cape Canaveral Air Force Station. Once fully checked out there will astronauts aboard riding this rocket into space journeying to the International Space Station. Shortly after launch Starliner suffered a problem with its Mission Elapsed Timer that caused it to burn more fuel than needed putting off plans on this flight to dock with the International Space Station.

Click here for a gallery of images of the launch including a video.