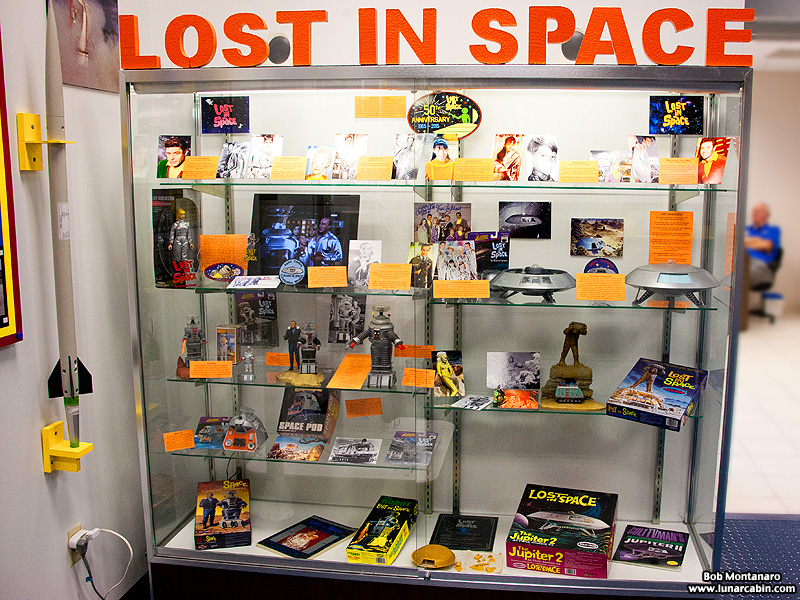 The first exhibit features Lost in Space, a science fiction TV series created by Irwin Allen airing from September 1965 to March 1968 for 83 episodes on CBS. They produced 84 episodes if the unaired pilot episode is included.

Two of the patches and a sign on display. The background image shows the alien ship from the first season episode Invaders from the Fifth Dimension.

The infamous Dr. Smith and his bubble-headed friend, The Robot. The Robot’s official designation is “General Utility Non-Theorizing Environmental Control Robot (Model B9)”. Click to see a full size reproduction of The Robot on display at the Kennedy Space Center Visitor Complex that can be seen on Page Five of this photo story of Sci-Fi Summer at KSCVC. 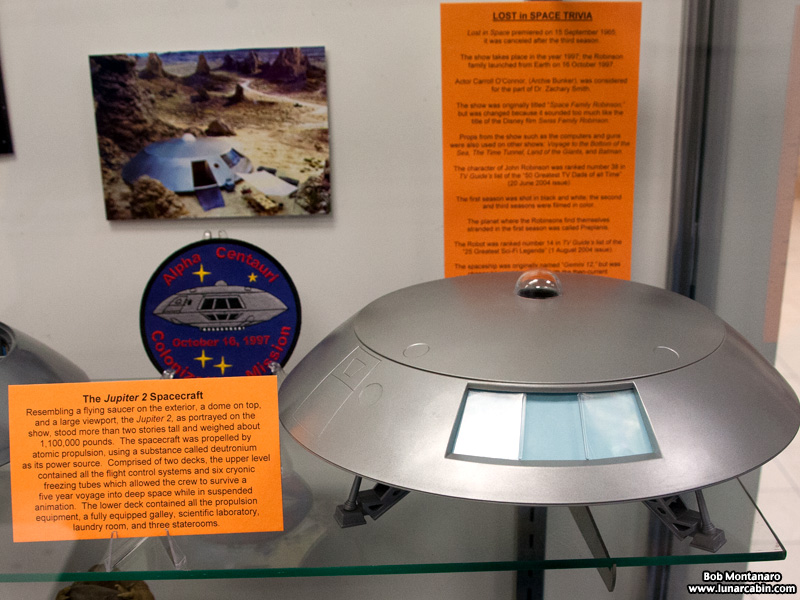 Lost in Space featured the adventures of the Space Family Robinson, sent to colonize a planet in the Alpha Centauri system but who are lost in space due to the efforts of a saboteur, Dr. Zachary Smith, who is trapped on the Jupiter 2 spaceship when it takes off from Earth. A model of the Jupiter 2. 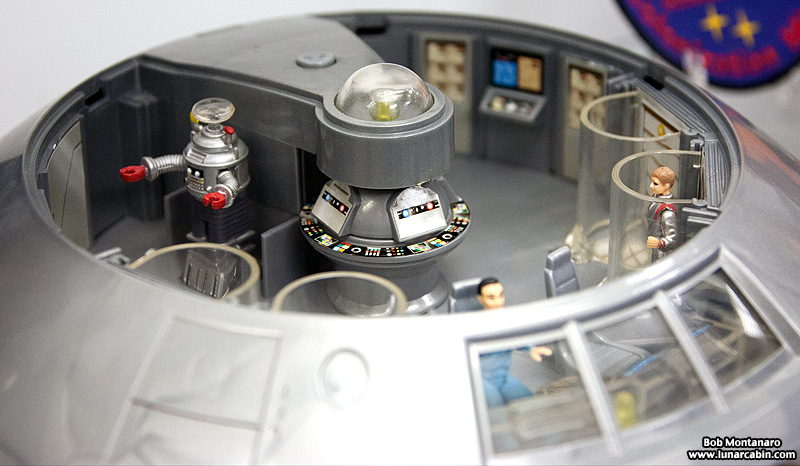 This interior depiction of the upper deck of the Jupiter 2 is not very accurate.

A fairly accurate model of the Space Pod from Lost in Space. The Space Pod was introduced in Season 3 as a way to leave the Jupiter 2 without having to use the whole ship. The Space Pod bears a remarkable resemblance to the Apollo Lunar Module being readied for the landings on the Moon at the same time the show aired. 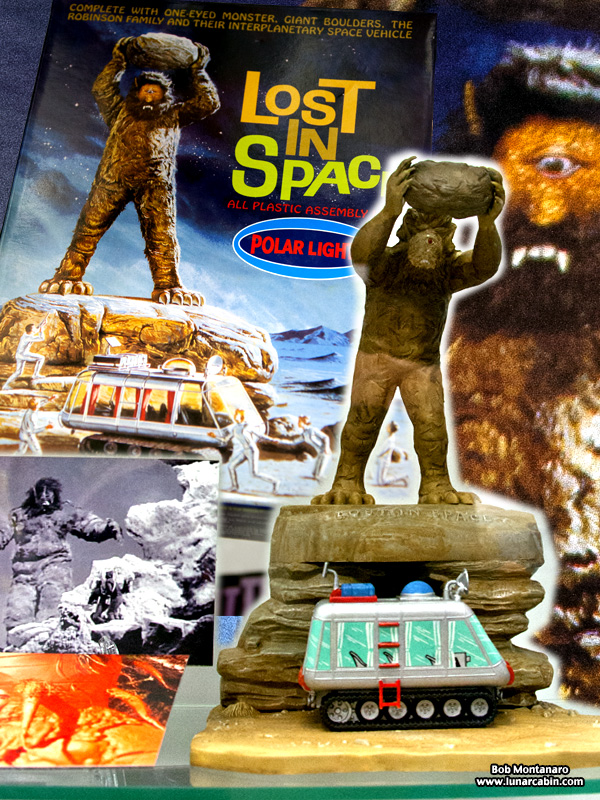 A model of the Giant Cyclops menacing the Chariot from the first season. 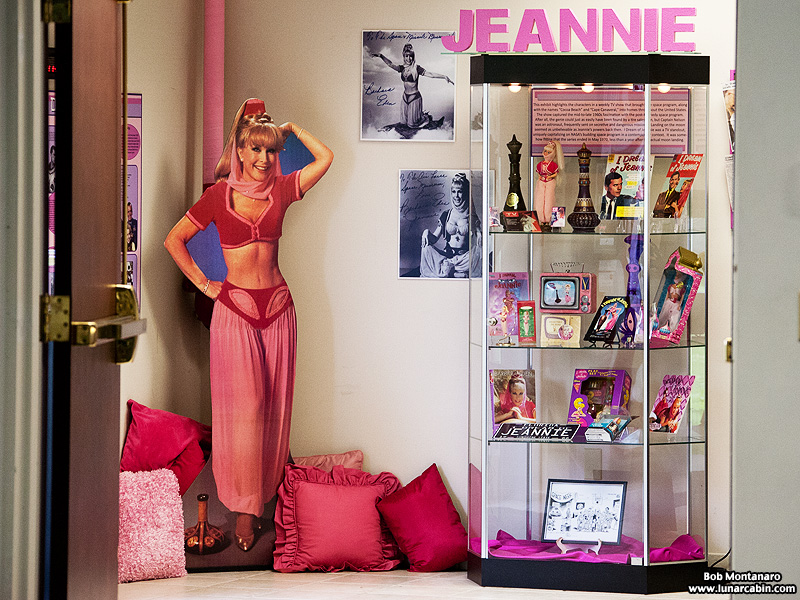 Besides Lost in Space, in the lobby is an exhibit about I Dream of Jeannie featuring Barbara Eden as the Jeannie, a show in NBC that ran from September 1965 to May 1970 producing 139 episodes. Click to see a different version of this display at its previous location at the old Air Force Space and Missile Museum.

A close-up of the editorial cartoon by Jeff Parker from Florida Today at the bottom of the I Dream of Jeannie display cabinet parodies what people think is really important.