Traveling at a top speed of .7-mile-per-hour, the mobile launcher made its inaugural trek along the crawlerway to Kennedy Space Center’s Launch Pad 39B for a quick fit check during late August and early September 2018. Key systems being checked out over the next several days include ensuring the water suppression systems align and the environmental control system that provides air and gaseous nitrogen purges to the Space Launch System (SLS) rocket through the umbilicals hooks up properly with the mobile launcher’s ducts that distribute them. During the fit check, the cryogenic system lines from the mobile launcher to the pad will be checked and remote commanding from the Young-Crippen Firing Room at the Launch Control Center will be tested.

Performing these checks now will give the team time to fix any issues found during the fit check and before the team gets into testing at Pad 39B next spring in preparation for the first launch of the Space Launch System rocket and the Orion spacecraft on Exploration Mission-1.

Once pad checks are complete, the mobile launcher will depart 39B atop the crawler and travel back along the crawlerway to the Vehicle Assembly Building before slowly being moved into High Bay 3 to begin testing with the 10 levels of new work platforms, power systems, air conditioning systems, communication systems, including cameras, and pneumatics systems. Major tests include swinging out the umbilicals on the tower. The test conductors will operate the umbilical arms remotely from inside the firing room.

Note the silhouette of the Pied-billed Grebe in the foreground water. 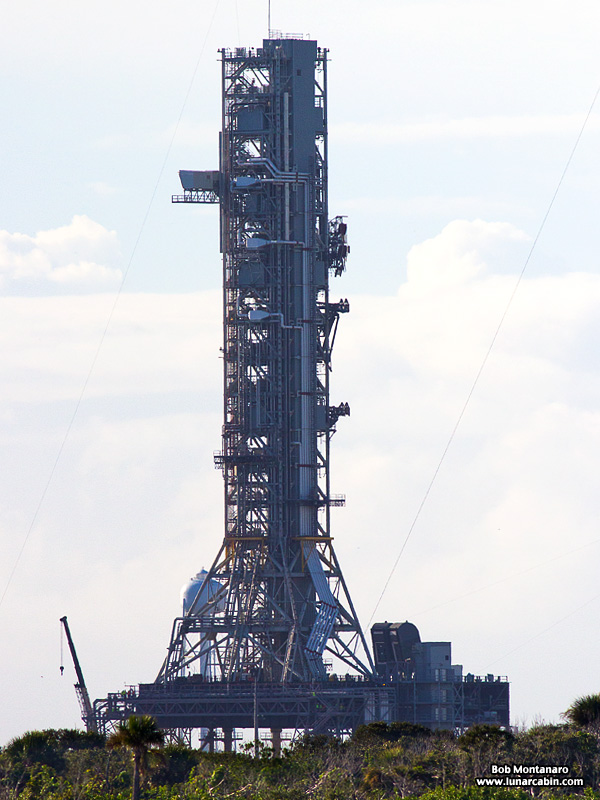 Visible through the lightning tower at left is the gantry at Pad 39A, which is leased by SpaceX. Protruding from the top left of the gantry is their recently installed crew access arm that will allow astronauts to enter the Crew Dragon spacecraft for commercial missions into space. The comparable arm on the mobile launcher is the box-like structure sticking out to the left up toward the top of the gantry. Like the crew access arm at 39A, the crew access arm on the mobile launcher is hinged and can rotate around to join with the Orion spacecraft atop the SLS. Here the arm is retracted against the tower in the position it would be in for launch. 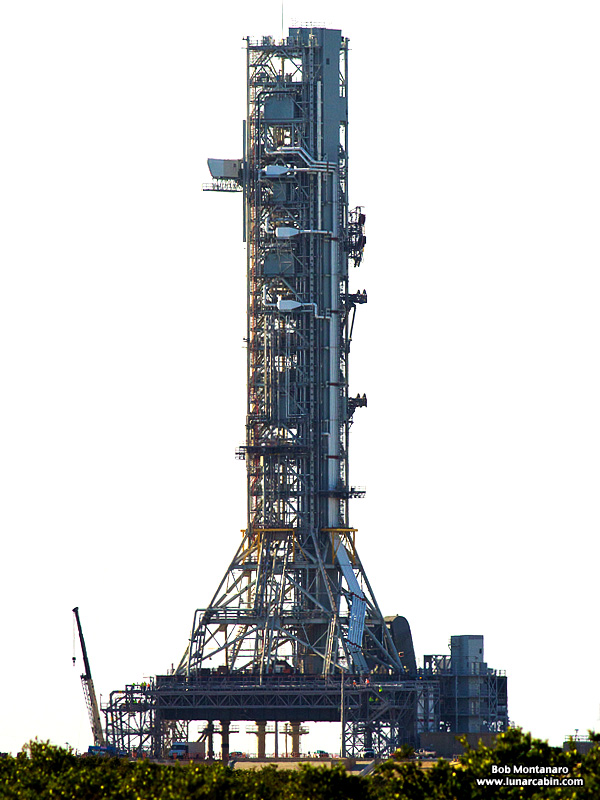 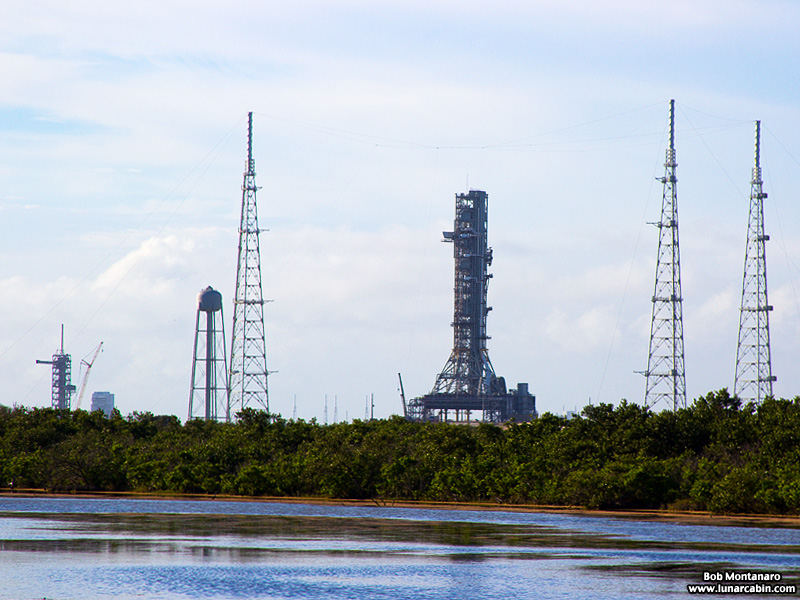 Again, note at left the gantry at Pad 39A with the crew access arm sticking out to the left. 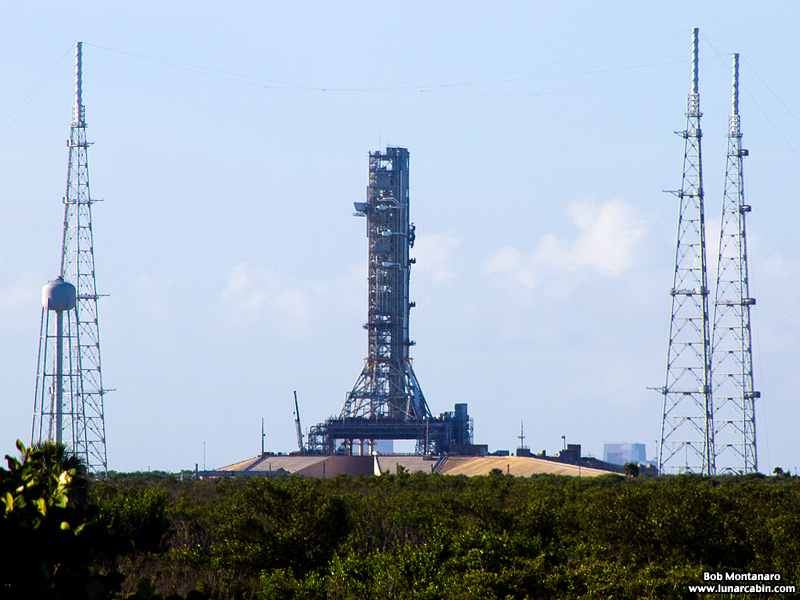 The flame trench is visible cut into the base of the pad. The exhaust from the Space Launch System rocket will be channeled through the trench and away from the pad during liftoff.

It is a nine-mile round trip from the Vehicle Assembly Building seen at right and Pad 39B at left.