McKee Botanical Garden in Vero Beach, Florida, hosted an exhibit of dinosaur recreations called Roar of the Dinosaur by the very talented artist Guy Darrough. As a fan of all things paleontological, having this exhibit in the backyard, so to speak, was not to be missed. So in the best procrastinating fashion it was almost on the last day of the four-month long exhibit that the journey was made to see these reptilian relics one hot afternoon.

Cofounded in 1932 by Waldo Sexton, an eccentric Vero Beach fossil in his own right, McKee Botanical Garden has morphed over the years from a memorable, kitschy, roadside attraction to a rather upscale botanical garden catering to the dedicated plant enthusiast. For everyone else the place has a rather more limited appeal save for the infrequent visit on special occasions like this to see the dinosaurs.

What appears to be a Velociraptor at the entrance gave the rather fierce impression it was disappointed at being ignored by all the traffic whizzing by.

The exquisite Hall of Giants constructed by Waldo Sexton is emblematic of his unconventional building style. Its cool interior is a welcome stopping place on a hot day.

The supplied guide to the exhibit was used as the source for the dino info that follows. The first stop was to see Parasaurolophus (Near Crested Lizard). While there is an unmistakable attraction to the ferocious meat-eating dinosaurs, it is the peaceful-looking herbivores like this one that draw my attention. 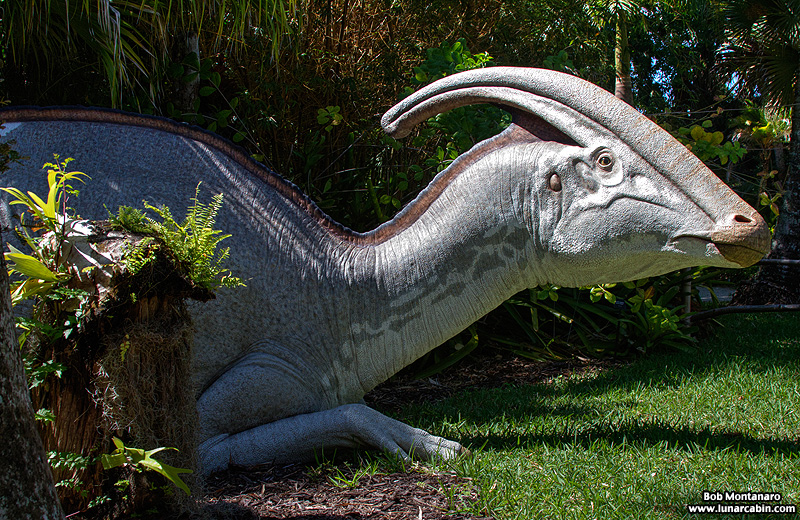 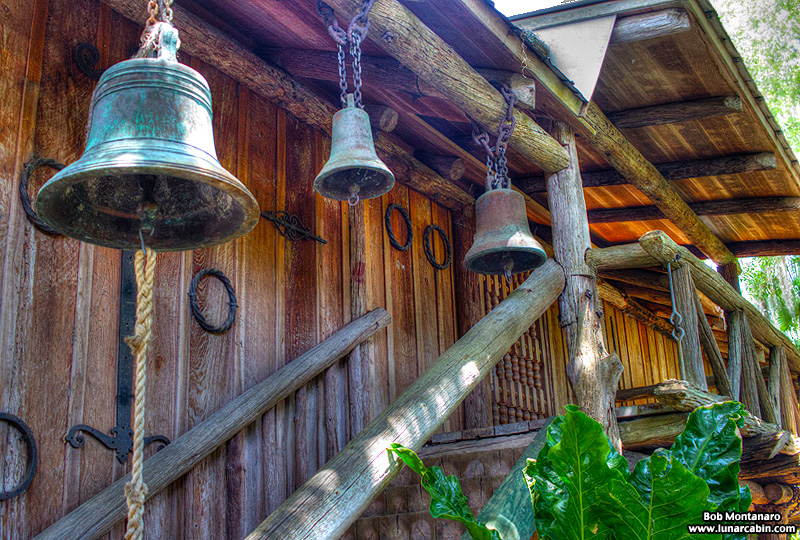 Bells hang from the side of the Hall of Giants. 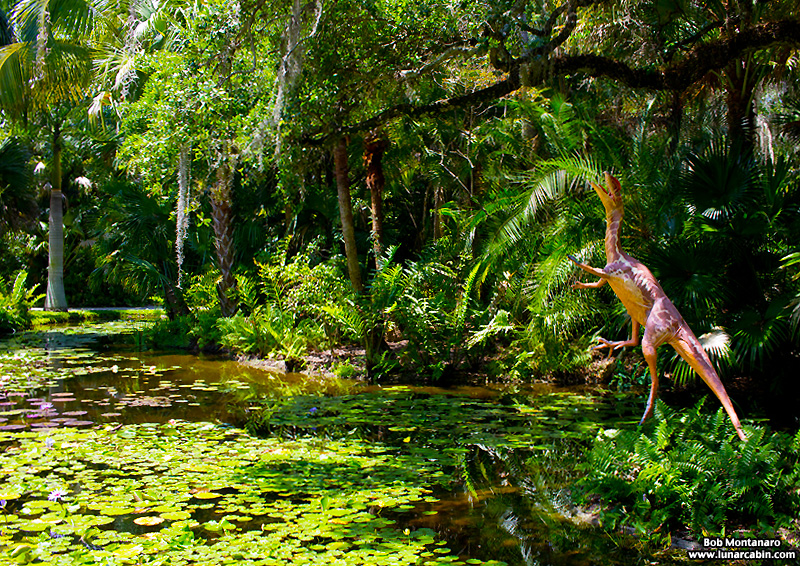 This fellow is called a Syntarsus (Fused Ankle) and is reputed to be one of the first carnivores to evolve. This photo also highlights another hallmark of McKee and that is the water features that weave through the property filled with their famous waterlilies.

Most dinosaur exhibits these days are influenced by the Jurassic Park series of movies and the diminutive, meat-eating Compsognathus seen here are nicknamed in the exhibit booklet as “Compies,” which must make Michael Crichton proud. 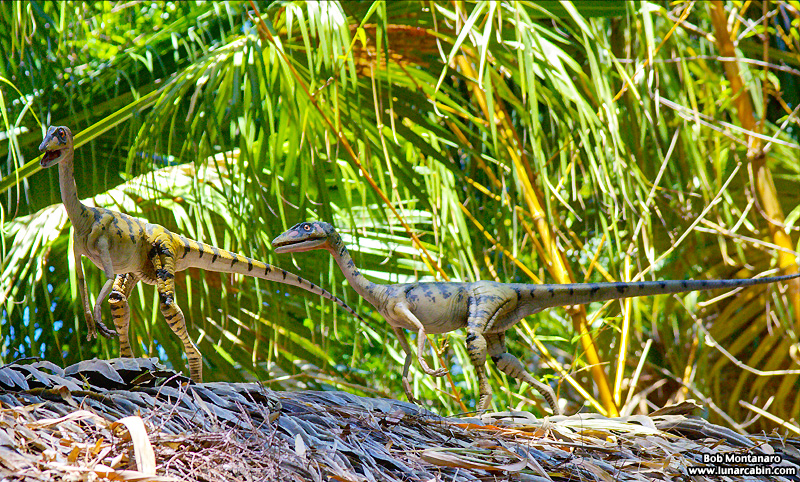 The Spanish Kitchen located adjacent to the Hall of Giants. A rather whimsical but fully functional outdoor cooking area that saw a lot of use in an earlier incarnation of the McKee property.

So ends the first installment of the dinosaurs at McKee Botanical Garden. Don’t miss the second post in this three-part series.