The numerous weather delays for Orbital ATK’s fourth commercial resupply mission to the International Space Station using a United Launch Alliance Atlas V rocket from Cape Canaveral Air Force Station meant a lot of free time to photograph what was going on around nearby Port Canaveral as viewed from Exploration Tower.

A view of Exploration Tower at Port Canaveral with the bad weather overhead that kept the mission on the ground for a few extra days. 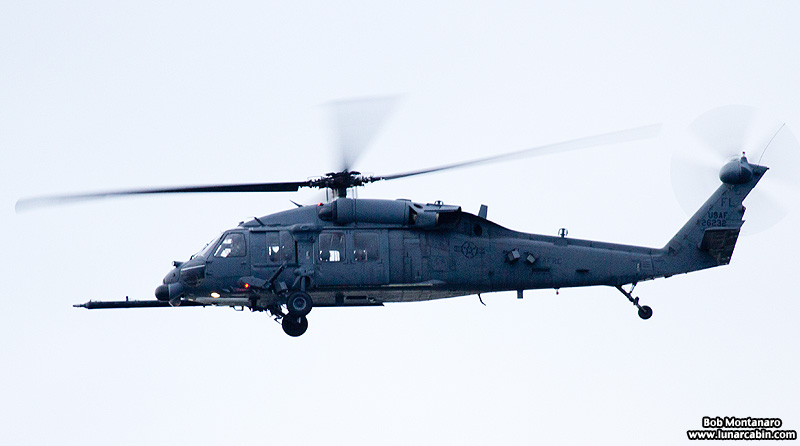 Launch days brings out the surveillance helicopters from nearby Patrick Air Force Base like this Blackhawk.

From the observation deck seven floors up atop Exploration Tower one can look into Cape Canaveral Air Force Station and see a historic Mercury-Redstone rocket at left and the Cape Canaveral Lighthouse at center. To the right is Hanger C, one of the original hangers at the base that also housed Wernher Von Braun’s office in the early days of spaceflight. Von Braun would often walk from his office to the top of the nearby lighthouse to watch rocket launches.

A Brown Pelican makes a water landing seven stories below.

The Sun lights up the Royal Caribbean cruise ship Freedom of the Seas while clouds shade the channel into Port Canaveral beyond. 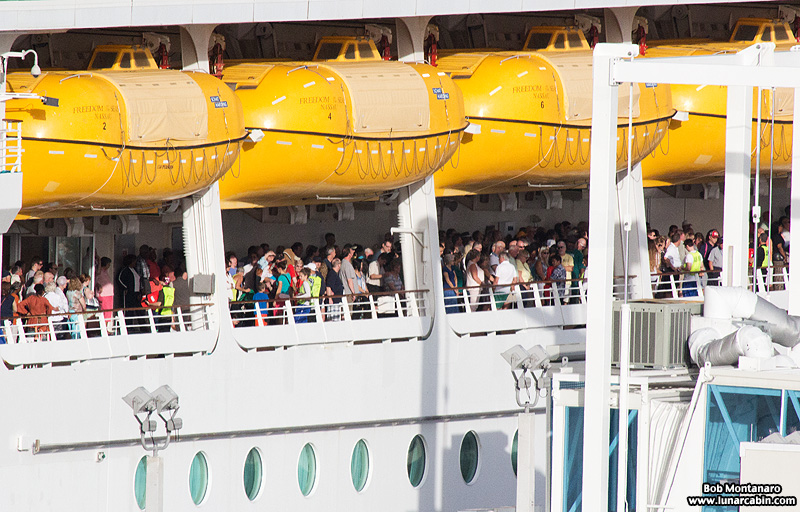 Life boat drill underway aboard the soon to depart Freedom of the Seas. 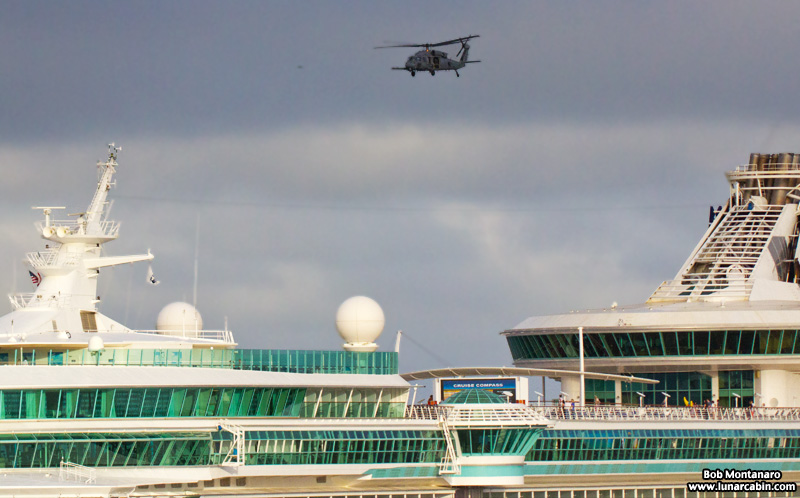 A Blackhawk makes a pass over the ship.

The cruise ship Carnival Sensation heads out to sea.

Passengers line the top deck as the Carnival Sensation makes its way slowly out of the Port.

Lady with binoculars realizes she is not alone out on her balcony aboard the Carnival Sensation.

Looking west along 528 toward Orlando. 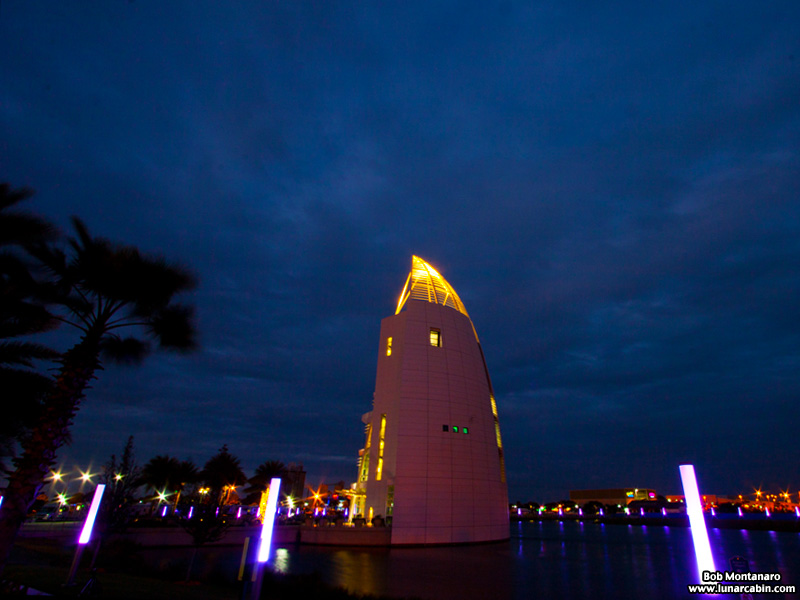 The sail-like Exploration Tower at night.

Click to view the launch photos from OA-4 taken atop Exploration Tower.