With the threat of Hurricane Erika fizzling out it seems only appropriate on this rainy weekend to remember Hurricanes Frances and Jeanne that hit Indian River County, Florida, on September 4 and September 26, 2004 respectively with enough force to sow widespread damage in their wakes. These photos were taken with a small Olympus pocket camera that rendered images in the, then, astounding image resolution of 4 megapixels. The little camera is quite the trooper and I still sometimes use it even today since it still functions quite well. The pictures are not comprehensive but do cover some of the damage I did see on several short forays from home in the aftermath of the storms. 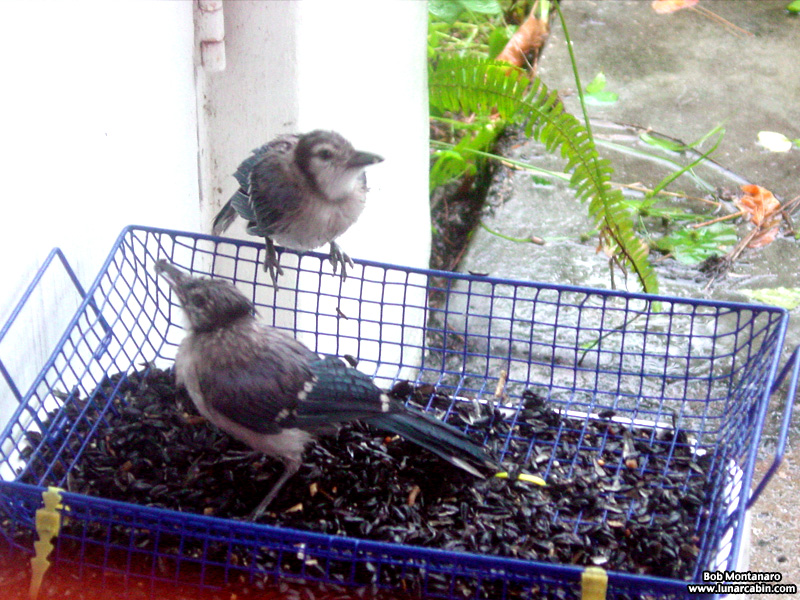 These Blue Jays took cover on my porch where they spent one of the storms in reasonable dry safety. Plus they had all the sunflower seeds they could eat. 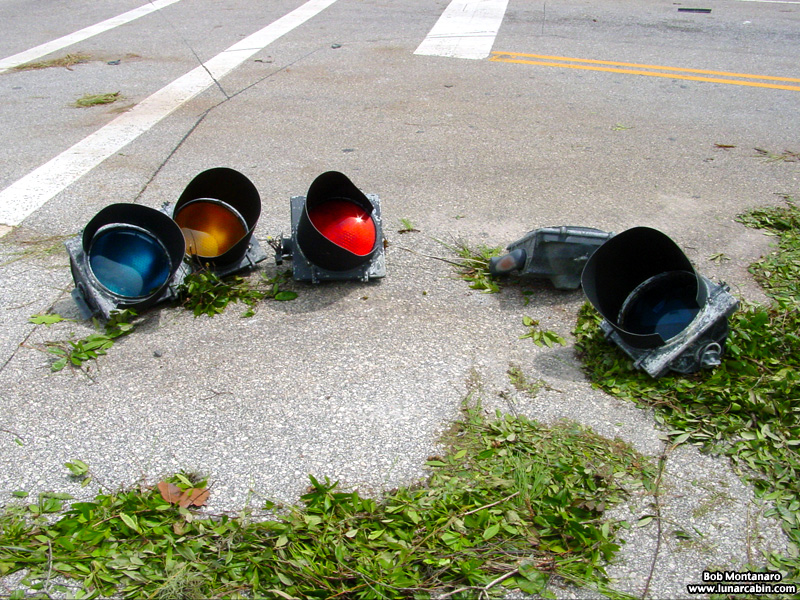 Traffic signal lights broken in the middle of the road.

What the pictures reveal most is the large number of trees that did not survive the onslaught of the hurricanes.

Fallen trees at the flooded entrance to K-Mart Plaza. Today the aptly named Hurricane Grill & Wings is in the building visible on the other side of the trees. 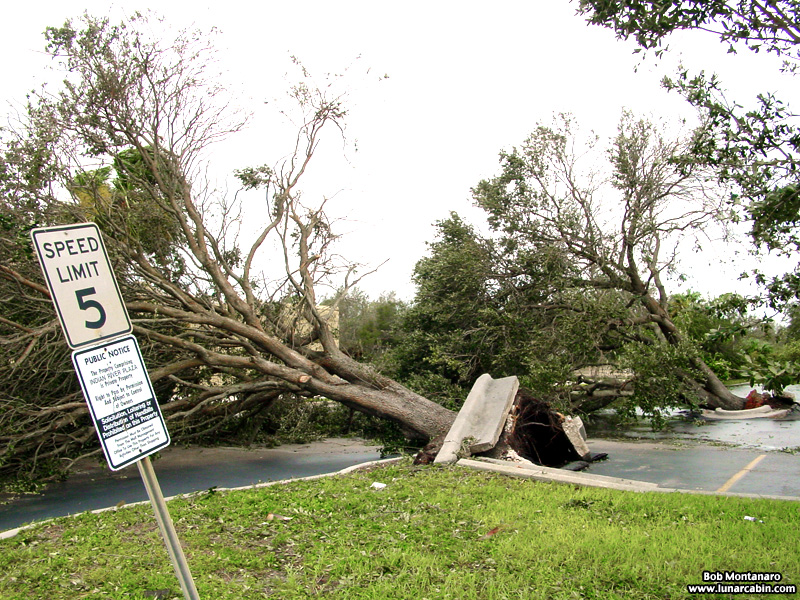 Uprooted trees pulled up the pavement. 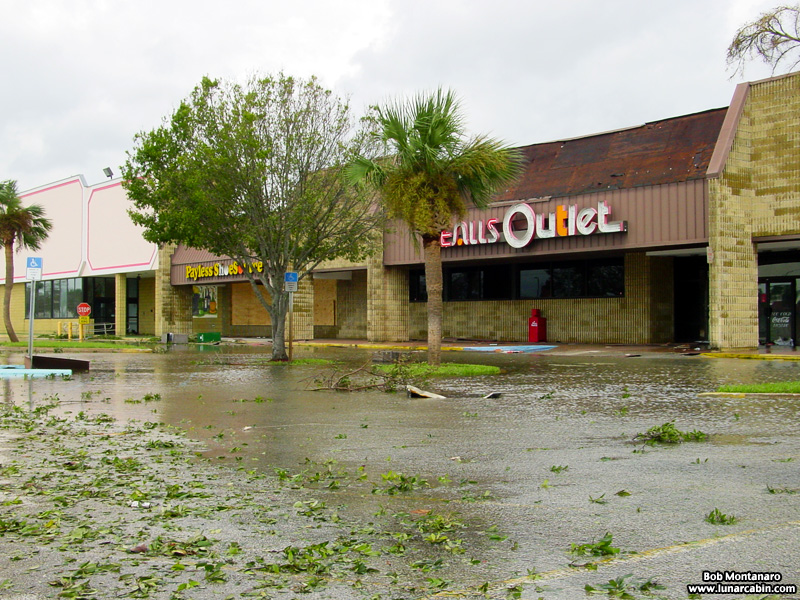 The old row of Publix, Payless Shoe Store, Bealls Outlet, and Walgreens in K-Mart Plaza. Note how the front of the facade of Bealls Outlet has been ripped off. Sadly, while these stores survived the hurricanes, the stores did not last much longer at this location and they are all gone now. 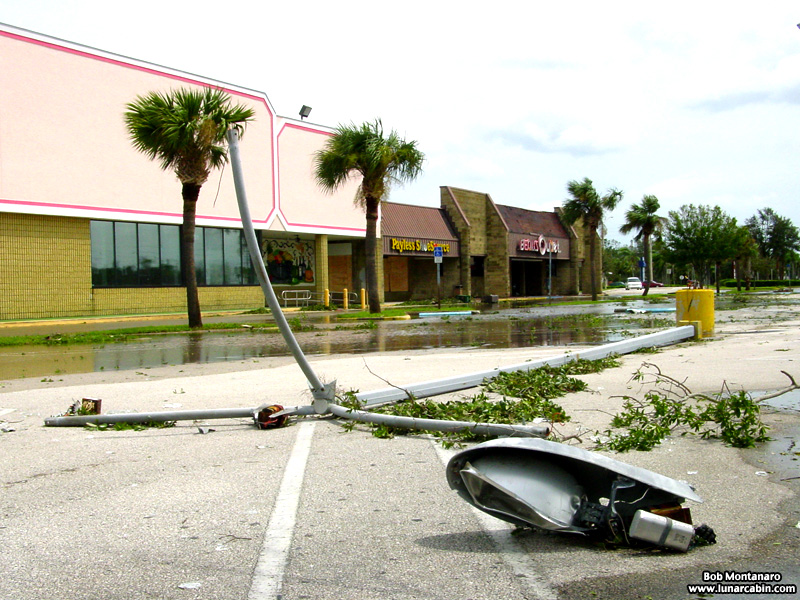 The old power station alongside the railroad tracks in downtown Vero Beach saw a lot of boards ripped off its windows.

Many of the boards protecting the USFWS building between the Twin Pairs in downtown Vero were pulled off by the hurricane’s wind.

Downed trees on 13th Avenue by the downtown Post Office.

State Road 60 sign blown down into a parking lot.

One of my favorite images, the top of the steeple at the Forest Park Baptist Church (now the Calvary Chapel Vero Beach) upside down with its point spearing through the church’s roof. It would have been quite a thing to witness happening. 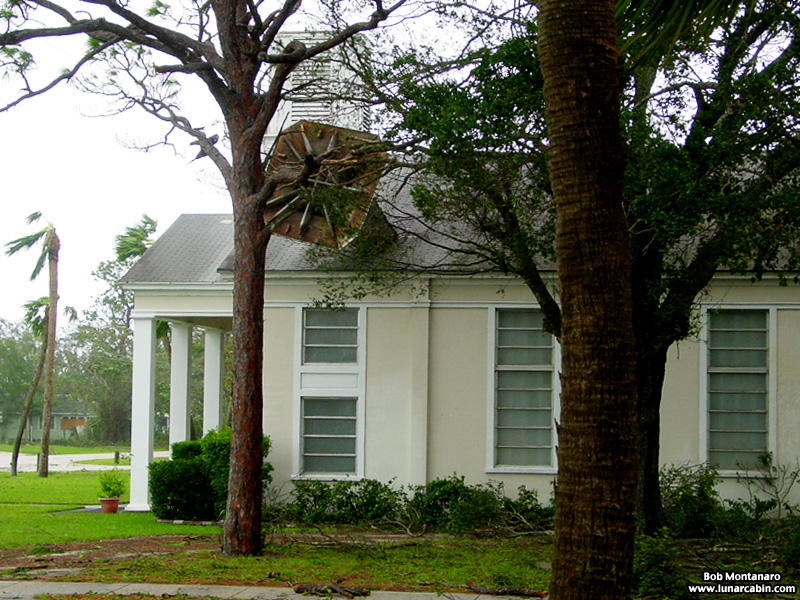 Another view of the steeple through the roof. The church never replaced the pointy top to the steeple. Probably a wise decision.

State Troopers and the Florida National Guard kept order as cars lined up for gas at the Chevron station at the corner of US-1 and 17th Street. 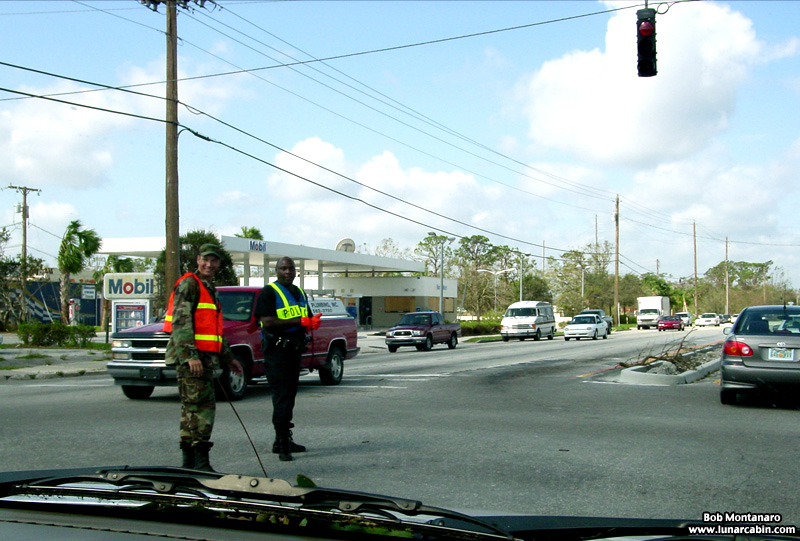 National Guard soldier and a police officer direct traffic at the intersection of State Road 60 and 43rd Avenue.

The roof over the gas pumps collapsed at the 7-11 store at the intersection of State Road 60 and US-1.

A similar fate was suffered by the Speedway gas station where part of the gas pump roof collapsed into twisted wreckage.