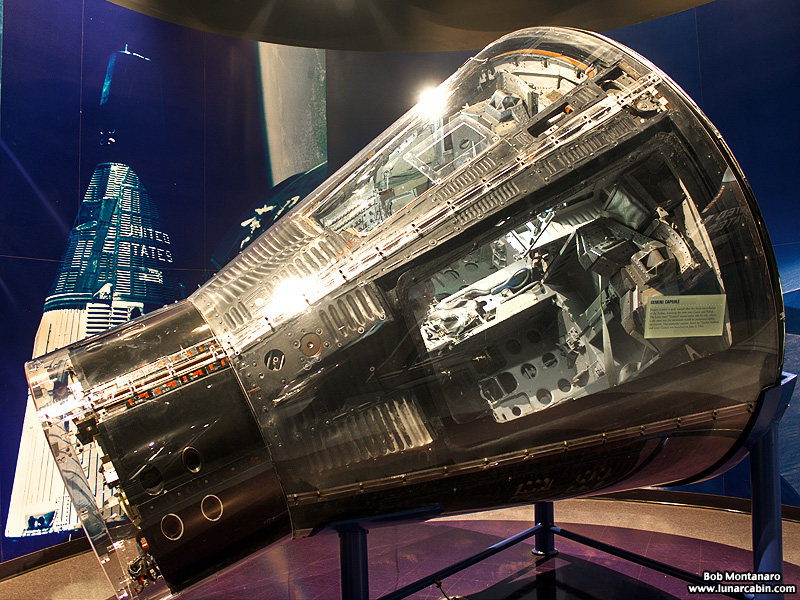 Project Gemini is celebrating its 50th Anniversary this year. Gemini involved ten flights during an ambitious 20-month program using a spacecraft capable of carrying two astronauts. The missions that took place from March 1965 to November 1966 practiced the techniques that would take astronauts to the Moon in Project Apollo. According to NASA, Gemini’s goals were: “1) To subject astronauts to long duration flights — a requirement for projected later trips to the moon or deeper space; 2) to develop effective methods of rendezvous and docking with other orbiting vehicles, and to maneuver the docked vehicles in space; 3) to perfect methods of reentry and landing the spacecraft at a pre-selected land-landing point; 4) to gain additional information concerning the effects of weightlessness on crew members and to record the physiological reactions of crew members during long duration flights.” The pictured spacecraft on display at the Kennedy Space Center Visitor Complex is Gemini IX flown by Tom Stafford and Gene Cernan from June 3 – 6, 1966 whose main mission was to rendezvous with another orbiting vehicle and to perform a spacewalk.