This week’s Supermoon has spurred the annual migration of Blue Land Crabs from their burrows inland to release their eggs into the ocean. According to the University of Florida’s IFAS Extension: “Blue land crabs reach sexual maturity in approximately 4 years. Peak reproductive activity occurs during full moons in summer. After mating, an adult female lays her eggs but carries the egg mass beneath her body for approximately 2 weeks prior to migrating to the ocean and releasing the eggs into shallow inshore waters. A female may produce 300,000 – 700,000 eggs per spawn, but very few larvae survive to become small crabs. The larvae are eaten by fish and other aquatic animals. In Florida, the spawning season (and female migration to ocean) lasts from June to December, peaking in October and November. Once the eggs hatch, the tiny larvae are carried out to sea. The development stage (from larvae to small crab) takes about a month out in the ocean. . .”

A night walk with Janice Broda and the dogs, Sam & Pepper, allowed us to see a large number of these crabs scurrying down the beach to disappear into the ocean, which was well lit by the full moon in the eastern sky. 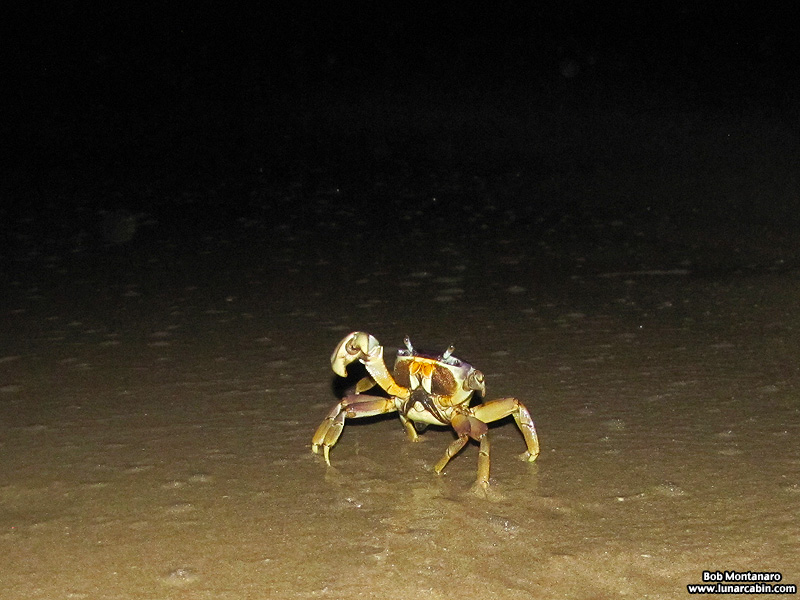 More from the UF IFAS Extension: “As adults, land crabs are terrestrial (land-dwelling) and are found as far as 5 miles from the shoreline, returning to the sea only to drink or breed. They live in burrows several feet deep or at least to a level that will allow water to seep in for moisture. Giant land crabs are primarily vegetarians, preferring tender leaves, fruits, berries, flowers and some vegetables. Occasionally they will eat beetles or other large insects.”

More from the UF IFAS Extension: “The giant land crab is the largest of Florida’s semi-terrestrial crabs. This animal can measure up to 6in (15cm) across its carapace… One claw is larger than the other and the walking legs are sparsely hairy.” 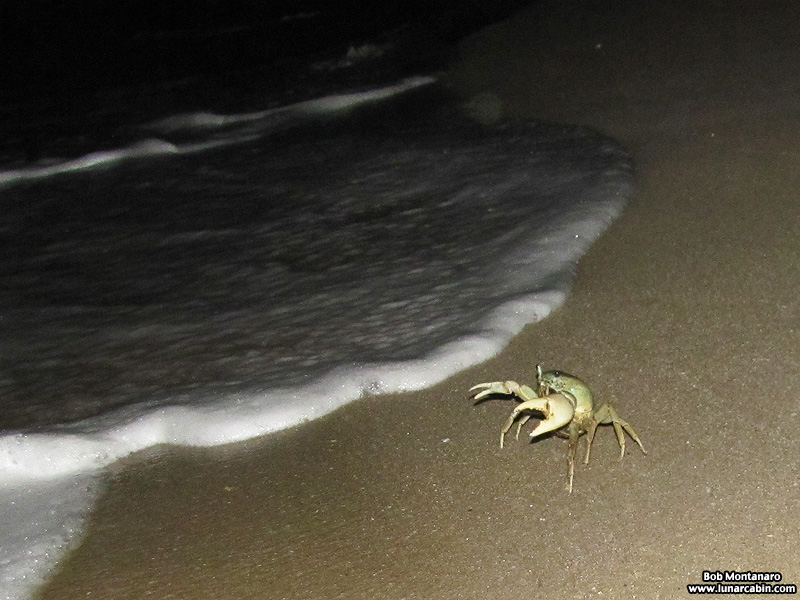 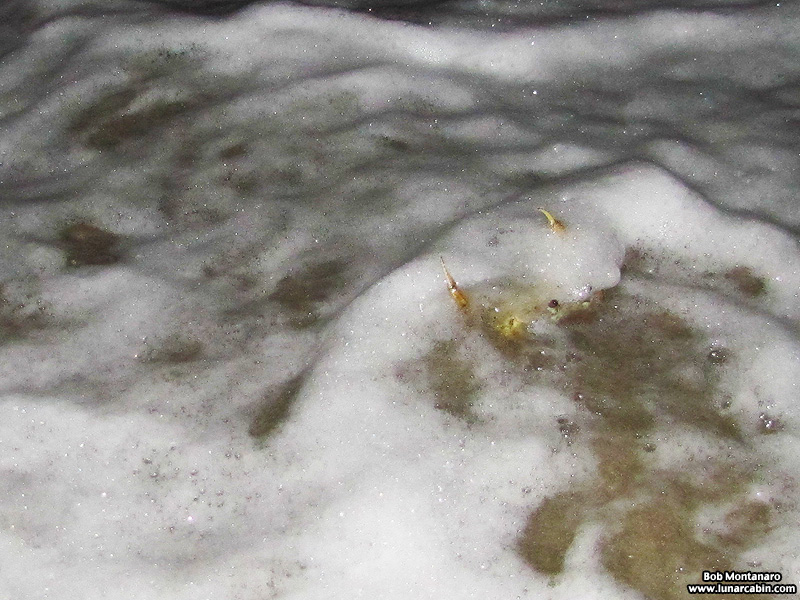 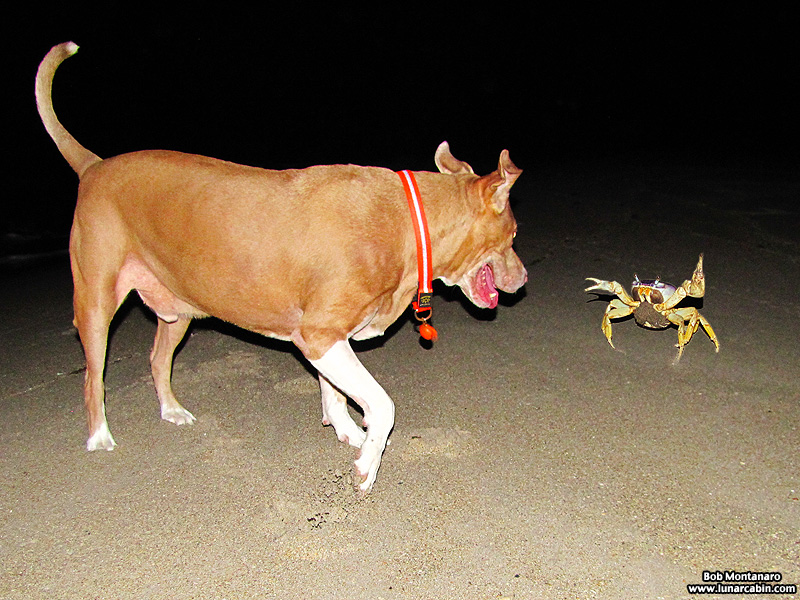 No, this did not really happen. It is a digital construction of something I would have loved to have photographed but Sam and the crabs never lined up correctly long enough for me to get a shot. Sam knows not to get too close. He has been nipped in the nose before by those fearsome-looking claws.